I received an email last night from Erich Quach, the sole force behind the doom/drone metal monster known as, thisquietarmy.  Quach released the album, Hex Mountains, back in October of 2013 and it was, unfortunately, one of many releases I did not get to review.  Quach's purpose in writing me was to promote a new video for the album's lead track, "From Darkness,"  which hit the web on New Year's Day.  With the aid of Alaskan drummer, Scotty Rooney, "From Darkness" is a radiating and chunky bit of instrumentalist travelogue that's offered visual backing from its video, which is a compilation of icy and darkly enhanced recordings of mountainous regions as viewed from some anonymous highway(s).

I enjoyed it.  Maybe you will, too. 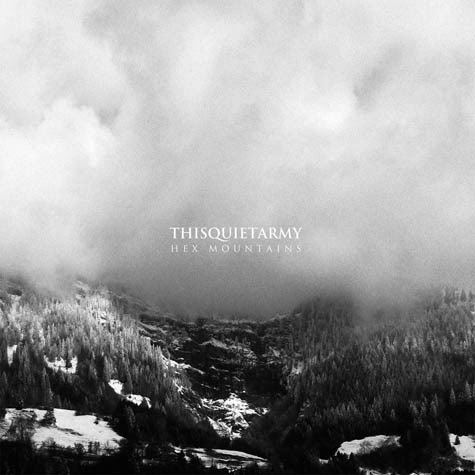 Hex Mountains is available to purchase digitally at Bandcamp.