The Skull Defekts: "The Known Unknown"

- April 24, 2014
Back in February, I posted the single "Awaking Dream," from the Swedish post-punk outfit, The Skull Defekts, who have recently released their new album, Dances in the Dreams of the Known Unknown.  The band has put out a new video for "The Known Unknown," which attains a level of propulsive ugly historically achieved by a bands like Big Black or The Birthday Party, a relatively sinister croon complimented by dominating percussive cycles and corrosive guitar sounds.  While I wouldn't put the Defekts in the same league sonically as a band like Pop. 1280, they don't skimp on aggression.

The Skull Defekts - The Known Unknown from Thrill Jockey Records on Vimeo.

The video for "The Known Unknown" was provided by Thrill Jockey Records, along with all the information below.  Check out the video and read up on the album. 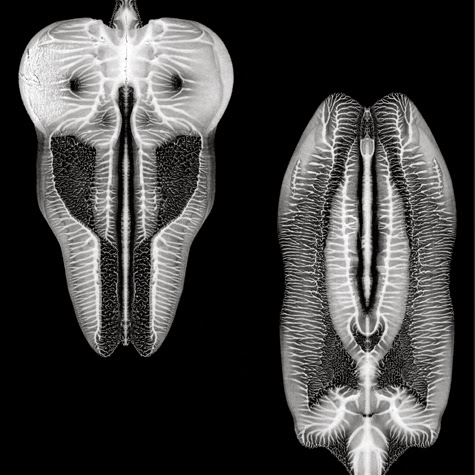 WATCH THE NEW SKULL DEFEKTS VIDEO FOR 'THE KNOWN UNKNOWN'

NEW ALBUM 'DANCES IN DREAMS OF THE KNOWN UNKNOWN' OUT NOW!

Swedish post-punks The Skull Defekts released their latest album 'Dances in Dreams of the Known Unknown' a couple weeks ago via Thrill Jockey, the group’s third release as a quintet, with the legendary Daniel Higgs of Lungfish fame.

With their announced US dates coming up this month and planned gigs in Europe (the latter to be announced soon), the band have released a video for the uptempo 'The Known Unknown' with its early Killing Joke ‘tribal’ drumming sound.

In the video for The Known Unknown, director/editor Joe DeNardo uses mixed imagery from American football, naval battle footage and a science tape exploring 'The Mind' to create the visuals to accompany the track. "I tried to play off the lyrics a bit to visually approximate an idea of TOTAL CONFUSION," says DeNardo, "though not without some playfulness..."

"Their most arresting release yet" - The AV Club

"Transformed repetitiveness and discordance into something weird and beautiful" - Bizarre

"With a crash of heavy riffs, the doors of imperception are opened" - Financial Times

1. Pattern of Thoughts
2. It Started with the Light
3. The Fable
4. King of Misinformation
5. Awaking Dream
6. The Known Unknown
7. Venom
8. Little Treasure
9. Cyborganization

When the Skull Defekts entered the studio in the Spring of 2013 with nothing more than a collection of loosely organized riffs, they set out to record their most extreme, challenging rock record. Much to the band’s surprise, what emerged were their most incessantly listenable, approachable songs to date. The Defekts merge the coarse vitality of punk with the ritualism of folk dances to create music that is addictive, wondrously discordant, and rooted in a belief in the overwhelming power of pure sound. Dances in Dreams of the Known Unknown is the Swedish group’s third release as a quintet, with the legendary Daniel Higgs joining Joachim Nordwall and Daniel Fagerstroem on vocal duties and acting as the group’s spiritual ringleader. The Defekts have long acted as the backbone of the Swedish experimental underground, but since their 2011 breakthrough Peer Amid, the group has emerged at the vanguard of a new wave of radical Scandinavian rock music alongside Iceage and the Posh Isolation label.

From the opening patter of “Pattern of Thoughts” to the propulsive chants of “Cyborganization,” Dances in Dreams of the Known Unknown feeds on the tension between lean and bright song production and the hefty, sometimes surreal sounds produced by Nordwall and Fagerstroem’s guitars. Daniel Higgs’ spontaneous, metaphoric poetry is as perplexing as ever, but it is delivered with a clarity not heard since his days fronting Lungfish. Album centerpiece “The Known Unknown” is centered around a driving riff, with Nordwall turning the song’s title into a mantra as intense as it is transcendent. Throughout, the group anchors their riffs with exotic sustained chords, adding a distinctly Carnatic flavor.

Nordwall’s long history in the European experimental music community serves to reinforce the group’s place as one of the most forward-thinking rock bands working in the continent today. In addition to running iDEAL Recordings since 1998, Nordwall has released collaborative recordings with Mika Vainio of Pan Sonic, Kevin Drumm, and Mats Gustafsson, whose FIRE! Orchestra he recently joined. Although the Skull Defekts have ceased to perform or record noise music, that adventurous spirit is still a dominant part of their music.

The Skull Defekts will tour Europe and the US as a quintet.