- May 14, 2014
The inimitable visual genius H.R. Giger has passed away at the age of 74.  Being one of many who'd found his work remarkable in its complexity, abstract and often-futurist vision and, at times, terrifying realism, the loss is felt.  The man could bring truth to nightmares. 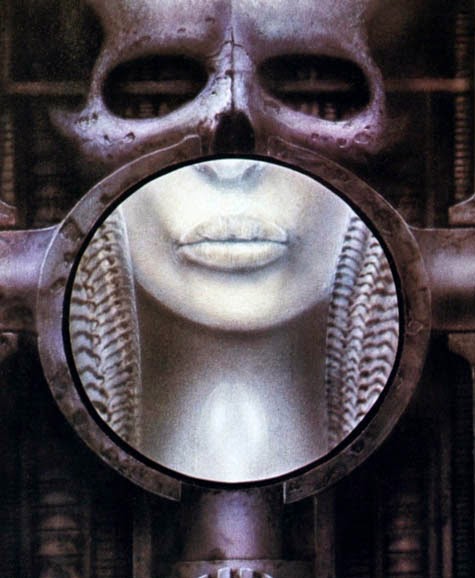 While he's best-known for designing the iconic Alien creature and for creating more than a few well-known album covers, Giger became an engaging figure for me once I'd discovered Dead Kennedys and begun to question terms like "morality" and "decency."  His piece, Penis Landscape, (or Work 219: Landscape XX), had eventually led the Kennedys into a legal battle that would ultimately destroy the band, victims of then-Senator's wife Tipper Gore's reign of First Amendment assault with her Parents Music Resource Center, a group of "concerned" wives compelled to stigmatize artists for being less then sensitive when it came to their lyrical content. 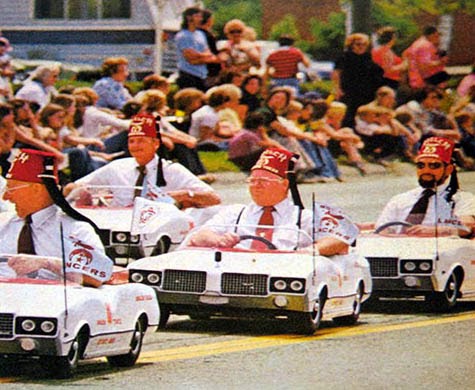 The album was Frankenchrist.  Giger's work, which had been inserted into the album as a poster, depicted a series of erect penises penetrating as many vaginas, a faceless, shapeless orgy of mid-coital activity that's provocative to say the least.  Being a parent myself, it's not something I would want my 6 year-old to see.  However, I'm not the sort of individual who would infringe on the personal rights and responsibilities of others because I can't be bothered to keep up with what my child is exposed to.  That's pretty much the conclusion I arrived at once I'd read up on the subsequent obscenity trial the artwork sparked, the outraged mother of a teenaged girl who'd purchased a copy Frankenchrist shooting off a letter to the California Attorney General, which set off a chain of events that led to multiple arrests, near bankruptcy for the Kennedys' label, Alternative Tentacles, and what could've been a year-long jail sentence for members of the band had they been found guilty.  The charge was distribution of harmful material to a minor.

I was absolutely fascinated by this whole controversy as a teenager.  I'd become adamant in my stance against any form of censorship, (a belief that had also been informed by the three volumes of Frank Zappa's Joe's Garage), and saw much by way of hypocrisy in those that stood firmly for "morality."  For all the damage that Giger's work had been purported to cause (or could have potentially caused), the actual price of speech had been paid by the band, its label and those who'd found themselves in the crosshairs of the lawsuit having either sold the album, pressed the album or distributed the album to record stores.  Lead singer, Jello Biafra, eventually confronted Gore on the matter as guests on Oprah Winfrey as part of a panel discussion on censorship and obscenity in music.

So, in that I was an aspiring artist at the time I'd found Giger, the man's visual language enviably unique and, in many ways, unmatched, I remain a fan of his work.  But, my true connection to Giger will always be that, from him, I learned something about the importance of free speech and that my own perceptions of right and wrong need not (should not) influence or inform those of other people, especially in the face of art, literature and, above all, music.