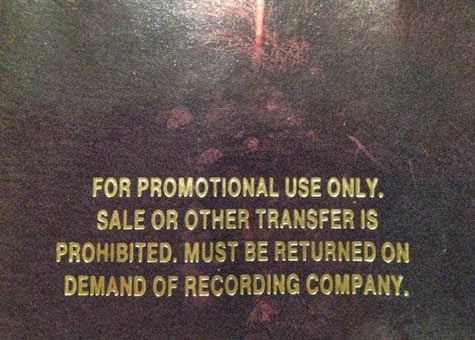 Took a break from the nostalgia for a bit.  Here are two more albums that spark some remembrances:

Helmet – Betty
In 1994, I got to see Helmet play at the Tower Theater with Rollins Band and Les Claypool's other-Primus, Sausage.  It was a great night: a triple threat that didn't disappoint and left me both awed and deaf.  I'd already been a fan of Helmet's thanks to Meantime, but their albums didn't touch where they were sonically as a live band.  Visually they contrasted with the flannel adoration of the time, four  very clean cut gents with a hint of fraternity to them.  And, then they'd plug in.  Beyond the stage the main floor shifted and moved, a veritable current of bodies acting fluid and shapeless.  The crowd's response at a Helmet show was reliably violent every time I saw them play.

Betty was another album I'd picked up from Record Revival and I remember being unsure about it at first.  The nonsense riff that launched "Wilma's Rainbow" sounded strange for strangeness sake and then the production of the song, once the band truly kicked in, sounded a tad sterile.  I was worried that a pursuance for commercial viability, (as it was in the 1990s post-Nirvana), had diluted one of my favorite bands.  But, then "I Know" came on, a song that still makes my blood run cold once that midway launch of Drop-D heft works beneath Page Hamilton's solo, and my initial fears were assuaged.  After two listens, Betty became another steady listen that year.  The riffs, the grooves—"Milquetoast," "Tic," "Rollo"—the jazz signatures and John Stanier's led foot kick drum.  I still consider Betty one of my all-time favorite LPs from any era and I count myself lucky to have seen that material performed live on more than one occasion.


Kyuss – Welcome To Sky Valley
I was attending summer school when I discovered Kyuss, so that sort of sets a tone for the state of mind I was in when Welcome To Sky Valley found its way into my hands, a loaner from a friend who'd told me in no uncertain terms to give it a spin.  As with many things regarding adolescence, the impact of piddly, self-important troubles seem monumental given the small, insulated existence one leads.  Not all my troubles were small, mind you, but a slight derailment scholastically didn't lead me into poverty and despair, so...  it really wasn't that big of a deal.  But, at the time, it wasn't the best of situations and that didn't really help at home.

I consider Welcome To Sky Valley to be my own personal Dark Side of the Moon, an album whose ethereal tone, rugged construct and aural hugeness struck me in a manner not so familiar to me at the time.  I listened to this through a set of headphones one night before falling asleep—lights out, eyes closed—and faded into its expanse and its heat.  That blast of guitar sounds opening "Gardenia" sounded so faraway, as if buried beneath a windstorm of grit, glass and stone.  I felt there was something primordial at work here and, while I'd heard plenty of THC-bloodshot blues bands by this time, I hadn't yet heard or known of a contemporary version of this.  To me, it was if Kyuss had shuffled off the arena grandeur of their 60s/70s hard rock ancestors and crafted a post-punk variety that challenged the supposed superiority of bands like Zeppelin or Sabbath.  They sounded alive out in some anonymous tundra, surrounded by miles of nowhere.  Loud, corrosive.  To listen to Kyuss now, especially Welcome To Sky Valley, I feel this band better demonstrated the supposed muck and mire that many had attributed to the music Alt-rock's darlings.

As quickly as I could, I picked up my own copy, (a promo which, at the time, seemed really cool).  I loved that it was three actual tracks that contained three of four songs, sort of piggybacking off of the "chapter" concept from prog bands like Rush and Yes.  I took it as a way to force one to listen.  It was always interesting queuing up tracks for mix tapes since the ease of track selection wasn't really an option with this CD.

Spacey tracks like "Asteroid" or flashy tracks like "100°" were heavy and vital.  "Space Cadet" gives me chills, its acoustic lick entrancing.  "Demon Cleaner" is one of the best singles of the 90s.

And, like former Kyuss guitarist Josh Homme's managed to do with Queens of the Stone Age in the millennium, the band retains some elements of obscurity.  They don't shy away from hooks and some pop-sensible melodies, but they invest in enough of an avant bent to keep themselves on somewhat of a fringe.  Consequently, they remain a cult band.

One of the best albums.  Ever.

Sincerely,
Letters From A Tapehead
Labels: 90s over the hill