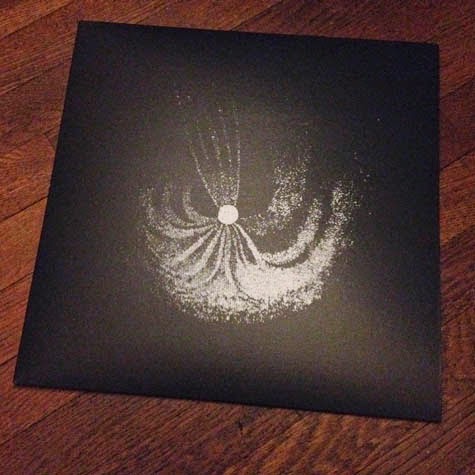 Blood Bright Star is the work of Reuben Sawyer, a visual artist who apparently has a thing for darkly shaped hypnotic motion.  Sawyer's newest LP, The Silver Head, is rich with bass-driven loops and floating guitar textures, sort of a Bauhaus/Joy Division bleakness met with the propulsive and lengthily composed nature of Neu!.  He refers to this as "Death Motorik," and this categorization makes perfect sense.

Comprised of four tracks, The Silver Head is a solid and isolated metronome enveloped by fuzzy guitar sounds and low end.  While Sawyer's vocal is shrouded by effects, it fits naturally within the framework he's constructed, his words obscured declarations that seem more poetic than musical.  "I am the body/shrouded in stone..." he says in the album's opening track, "Ash Through the Aethyr," his musings somewhat existential, theologically subjective and fragmented.  Lyrically, Sawyer's words read as disjointed to some extent, maybe even cryptic to the point of self-indulgence.  But, you also get the sense that his words are personally meaningful.  While that doesn't do much to satisfy a listener's curiosity, especially when that listener may demand certainty, lines like "I can hear a thousand angels screaming/At the warmth of her touch" present interesting narrative.  "Pale Sphere Apparition," from which those lyrics are found, is driven by a traveler's stride and minimalist guitar melodies that are laid beautifully over its foundation.  The following track, "Lunar Madness," sounds akin to the dub-like bass modes at play in something like Public Image Ltd.'s "Poptones," though not to the level of that song's arpeggiated excesses. 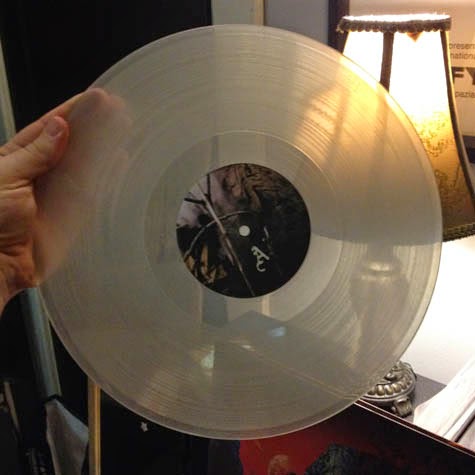 The title track takes up the entirety of the album's b-side.  A steady build consisting of lacerating guitar notes and bass throbs precede the onset of a clean snare beat before Sawyer begins: "The silver head sleeps at the foot of the door/When it wakes I will go away...".  The loop of throbbing bass notes stays consistent throughout the track's length, a meditative composition that's somehow calming despite its shadowy overtones.  Sawyer uses the song's motion to explore some guitar textures at points, shimmery phrases expanding what could otherwise be a simple sonic articulation.  Despite the track's length, the construct works well at maintaining some level of interest, never growing tedious or annoyingly repetitive.

The Silver Head is currently available at King of the Monsters Records, limited to 150 copies on silver vinyl and 150 on clear.  I strongly recommend picking this one up.