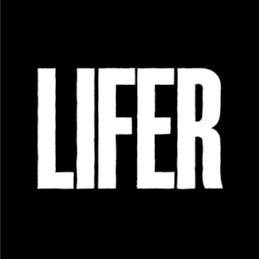 Mid-summer, I listened to and posted the first single from Dope Body's new album, Lifer, which was a muddy noise rocker called, "Hired Gun."  Following the album's release this week, a new single and video for their track "Repo Man" surfaced and from sight to sound this band captures angst like I haven't heard it in years.  The rambunctious percussive storm of instrumentation that precedes its otherwise slow and sinister calm sets up its emotional presence rather perfectly, its payoff the excellent riff-driven descent into frustration which pulled me in and really didn't let go.  It's a strong single and the video, with its multiple depictions of good times, carelessness, sex and violence, all addressed through either the obscuring grain of VHS or super crisp narrative, suits the song well.

I may need to pick this one up.  Lifer is out now via Drag City.

Dope Body turn up the heat with the first video from their third album, Lifer, released this week via Drag City.

Simmering and smouldering before the invariable sonic explosion, "Repo Man," is matched and met by the razor-sharp visuals of Theo Anthony, who worked from a concept by Dope Body lead singer Andrew Laumann. Danny Lorden supplied the heavy-grained VHS footage which supplies another kind of dread to the sunshiny darkness that Dope Body are transmitting on "Repo Man".

On their second album for Drag City, the Baltimore quartet refine the aural yawp they have been perfecting for some time, wild windmills honing into surgical strikes, the band’s gut-busting repulsion-sound continuing to expand without losing any of the feral energy that the group have become renowned for.

There is a distinct evolution from one Dope Body record to another. Lifer is no different. The aforementioned “Repo Man” showcases the progression of the band’s songwriting, a creeper, crooning with an oscillating bass groove before whipping into a frenzied stomp. “Day By Day” has a propulsive sound, demonstrating the band's frenetic spirit and “Hired Gun” is pure sonic pyrotechnics with a forward-evolving, dynamic range of loud/soft/loud and a big sing along chorus. Where most songs showcase singer Andrew Laumann’s rhythmic ability, “Rare Air” is one of the first Dope Body tracks that exhibits his talent for constructing melody.

Although it is tempting to imagine the members of Dope Body emerging from some rock and roll cave to terrorize yet again with a new wave of Sabbath-refracted mayhem, when these musicians and fine artists get together, the storm brews, songs are rocked and written and we're propelled into another sweaty go-round. This is actually a controlled demolition, planned but with room to take down additional structures.

Here's a reminder of some contextual info about Dope Body...

The group began modestly, rocking up and out in Baltimore punk basements. The landscape and street culture of the small, east coast city, have risen to prominence due to the popularity of the realist crime drama, The Wire. Dwelling shoulder to shoulder in that harsh urban environment is a vibrant art scene, which has served as an incubator for some of the most prominent indie acts of the last decade. Groups like Dan Deacon, Future Islands and dozens of artists from DJ Dog Dick to Lower Dens to Animal Collective have their roots in the city. Amid this landscape, Dope Body evolved into a driving, diverse four-piece rock ensemble. They released one cassette and one full-length album via HOSS Records in 2011 before releasing their first LP and subsequent split twelve-inch singles for Drag City.

Dope Body have built a reputation in the underground community for delivering intense live performances, galvanised in large part by the group’s charismatic lead singer, Andrew Laumann. Off the back of their 2012 release for Drag City, Natural History, the band embarked on a rigorous 19 months of almost nonstop touring. In this time, they developed a unique performance and bringing it to every festival, bar, basement and backyard, garnering a grassroots fan base along the way.

In autumn 2013, the band took time to pursue a life outside Dope Body: bassist, John Jones, focused on his solo project, Nerftoss, as did guitarist Zachary Utz and drummer David Jacober with their duo, Holy Ghost Party as well as their respective solo endeavours. Lead singer Laumann pursued his creativity in the visual arts, exhibiting work at Galerie Jeanrochdard in Paris, Pre Teen Gallery in Mexico City and Signal in Brooklyn. The vacation was short lived. In January 2014, Dope Body was back in the studio recording with producer, Travis Harrison, at Manhattan’s Serious Business Recording Studio, the result of course, being Lifer.

Dope Body are pushing ever forward while never losing site of that rough spark that makes their music so good in the first place. In the Internet age where the audience is constantly bombarded by trending artists and the best new music, it’s easy to lose sight of the basic concept of music as a source of creative output and one hell of a live performance. For Dope Body, at the end of the day, it doesn’t boil down to much more than that.

Lifer is released this week via Drag City. Stay tuned for a tour announcement very soon. Thanks for your time.