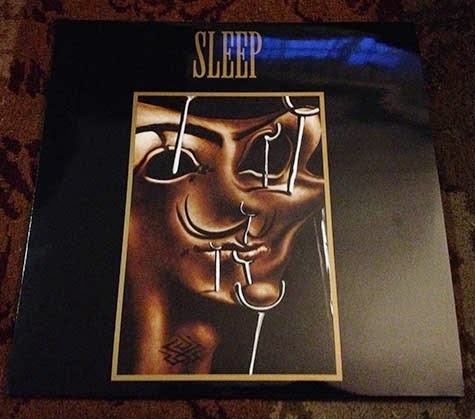 The 20 Buck Spin subscription service let it be known one fine day that Sleep's Vol. 1, (the band's debut album), was available to purchase on vinyl.  While interested, I didn't jump on the opportunity right away.  A mere day or so later, all copies were sold and the good ol' "ah shit" lament followed.  But, 20 Buck Spin restocked the LP and, once notified, I picked it up.  I think it was about $18.

The LP is stored in a glossy sleeve that picks up fingerprints without mercy and a download card was included.  On the strength of "The Suffering" alone I would recommend picking this one up if you haven't already.

I had a gift certificate to spend.  So, I perused and purchased. 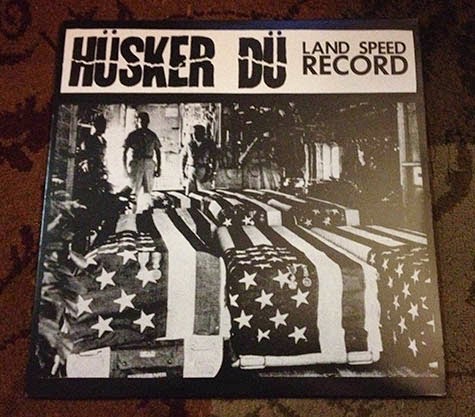 Truly its namesake, Hüsker Dü's Land Speed Record is the band's first release and a live recording to boot.  I'm surprised anyone made it out of this show alive.  Hüsker is just relentless.  While it's not that easy to distill beneath the onslaught of Grant Hart's percussive attack and the barked vocals throughout, you can sort of hear early indications of the band's growing musicality, which would eventually take shape and influence countless bands.  Granted, hindsight plays some roll in this, but it's there nonetheless.  Hardcore for music fans. 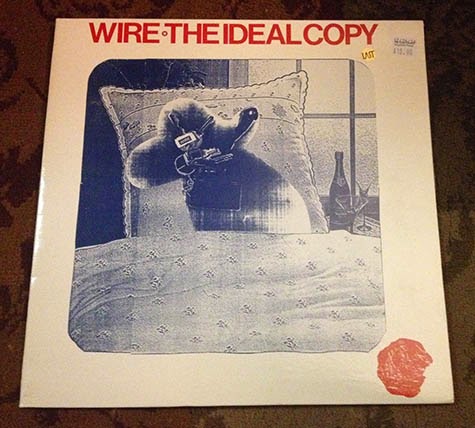 This being Wire's mid-80s foray into synth pop and electronics, I've been spinning The Ideal Copy a lot lately.  The Ideal Copy was the follow-up to Wire's excellent (and I think undervalued) 154 album, following about a five or six-year hiatus and quite a few solo albums and off-shoot collaborations.  While this phase of Wire seems inspired by the more circuit-guided pop melodies of the era with tracks like "The Point of Collapse," "Madman's Honey" and the almost Oingo-Boingo'ness of "Ambitious," there are also avant-flavored offerings like "Feed Me" and "Still Shows," keeping alive the band's penchant for writing challenging arrangements.  "Over Theirs" is definitely one of my favorite Wire tracks overall.

I found this for $10 and it came with an insert advertising Colin Newman's fourth solo album, Commercial Suicide.  Cool find. 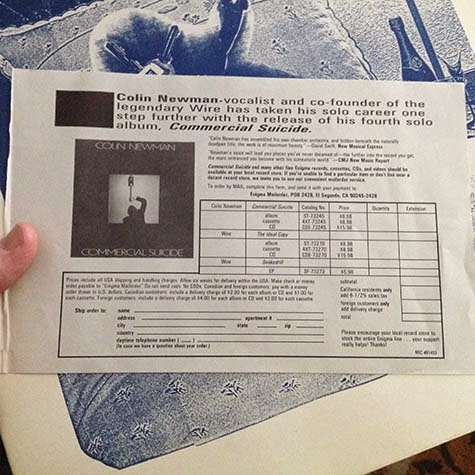 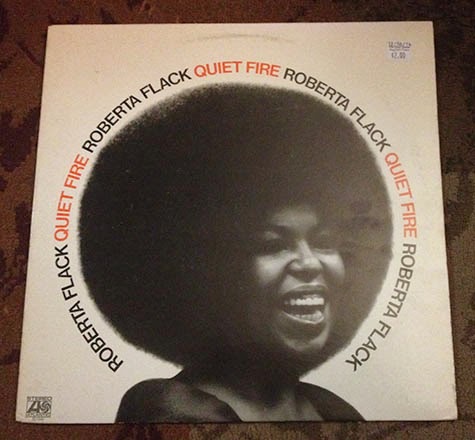 This was an impulse buy and the price was right ($2).

Despite the fact that I grew up in a house seemingly stuck in the 60s and 70s sound wise, funk and soul were never part of the playlist.  I've been trying to educate myself more in this area over the years when I get the urge, hence my purchase of Roberta Flack's Quiet Fire.  The album contains a beautiful rendition of "Bridge Over Troubled Water" that I think I prefer over the original Simon & Garfunkel version.  It just sounds less self-important and more impassioned.  Plus, I'm one album closer to my unattainable goal of owning every album to feature Ron Carter, who plays on a cover of "Will You Still Love Me Tomorrow."

"Sunday and Sister Jones" is great. 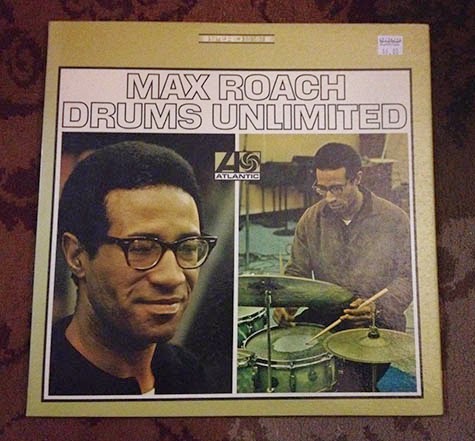 The dust jacket is evidently original to the album and has a printed list of Atlantic jazz releases.  The album's previous owner felt compelled to mark off what he/she owned or wanted with uneven circles and strikethroughs.  Seems like this individual was really into Herbie Mann and Elvin Jones.

Anyway, back to the release:  Featured are James Spaulding, Freddie Hubbard, Ronnie Matthews and Jymie Merrit, whose "Nommo" is one of the album's highlights.  For the track "St. Louis Blues," Roland Alexander aids the quintet on the alto sax.  It's noted that Roach's solo performances are truly unaccompanied, "The Drum Also Waltzes," the title track and "For Big Sid."  I'm not sure if this album was a milestone entry in the Roach canon, (I really don't know much about it), but I'd recommend it for bop fans especially.  As was the intention of an album called Drums Unlimited I'm sure, Roach is certainly showcased while his accompanying players manage to remain essential to the arrangements without pulling his spotlight.  And he sounds great. 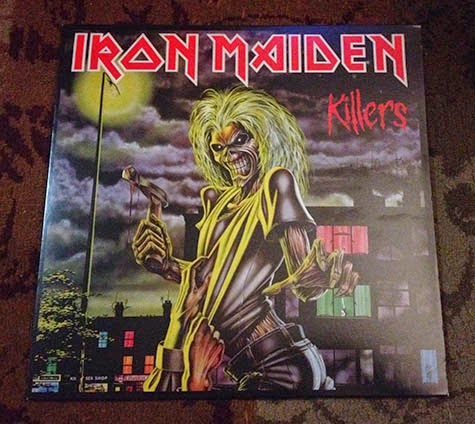 So, this will be embarrassing to admit, but I slept on Iron Maiden.  Another occupant of the back burner that's become more impressive than my actual record collection, Maiden was one of those bands I didn't take seriously in my formative years and more or less ignored.  I always thought "Aces High" was cool, especially when I'd heard it on the Plan B skateboard video, Unquestionable, while watching Colin McKay pull feats with his board so physically unreachable I pretty much wanted to give up skateboarding.  But, otherwise, nope... no Maiden.

So, since their discography's been subject to the reissue treatment in late 2014, I figured now would be a good time to acquaint myself with the band.  I've started with Killers.  And, yeah, I want more.  Naturally.  And, yeah, I should've been into this years ago.  Naturally.  But, better late than never I guess.  More to follow as I acquire more Maiden.

This was sealed and clean.  I think it might've been $18, but I can't remember.