- March 27, 2015
Because what's a year in music without some insane number of releases from Ty Segall?

This time he's sharing a side with King Tuff for a split live 12" titled Live At Pickathon, which features performances from the 2013 Pickathon Music Festival.  This is apparently the second installment in an ongoing series, the first of which featured Diarrhea Planet and Those Darlins. You can sample two tracks from each artist on the Soundcloud link below.

All info and links are courtesy of Force Field PR.

Listen to two songs from the 12" now over at Pitchfork

Beginning on May 5, these limited edition splits will be available at independent record stores across the U.S., directly from Ty Segall and King Tuff while they are on tour, as well as at this year's Pickathon taking place July 31-August 2 on Pendarvis Farm. A very limited web pre-order is now available via Easy Sound at http://www.easysoundshop.com/product/live-at-pickathon-ty-segall-king-tuff-lp

Pitchfork is now streaming two tracks from the release-live versions of "Queen Lullabye" by the Ty Segall Sleeper Band on The Woods Stage and "She's On Fire" by King Tuff in the Galaxy Barn. 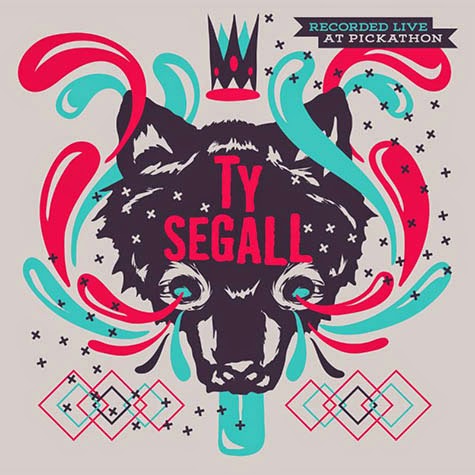 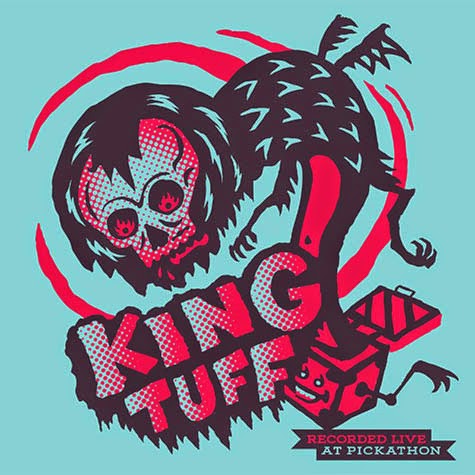 Artwork by Travis Bone at Furturtle
The first split in the Live At Pickathon series, featuring Diarrhea Planet and Those Darlins, will be released for Record Store Day on April 18 with upcoming releases in the series to be announced soon.
The 17th annual Pickathon occurs July 31 - August 2, 2015 at Pendarvis Farm in Happy Valley, Oregon. Tickets on sale and lineup announcements begin April 7, 2015 at 8am PST.