- March 24, 2015
With the rhythmic musculature of bands like Dub Trio and Triclops! and some of the space-related, progressive elements of a band like Russian Circles, NY IN 64's "Maintaining Now, The Contact" is the latest single from the band's upcoming release, NY64.  Structurally, there's some academia to its make-up, but there's a fluidity to the changes and the opening movement is really strong.  The interaction between the thick bass groove and the numerous guitar applications that thread through the rhythm section are really well-handled.  I'm interested to give this full album a listen.

Check out the song:

NY IN 64: New Jersey Instrumental Act Featuring You And I and East Of The Wall Members Releases Debut LP Details + Track 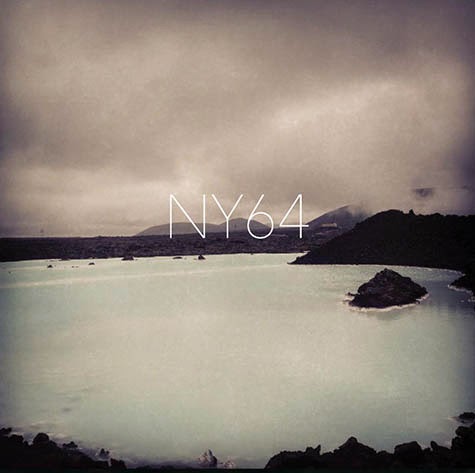 New Jersey's instrumental quartet, NY IN 64 -- featuring former members of You And I and current residents of East Of The Wall -- will release their recently completed debut LP, NY64 via Magic Bullet Records on April 7th with a vinyl edition to follow shortly after. The enigmatic album's artwork, track listing and additional details have been revealed this week, in addition to new live shows the band is booking in support of its release.

NY IN 64's maiden voyage into album land explores vast, lush terrain in genre territories some may apply "post" prefixes to, or refer to as "progressive," but the simple fact is, the band merely executes spectacularly crafted, instrumental, melodic, hardcore/rock, constructed from an unbreakable core, and its shimmering layers seemingly weaving directly into the earth as they unfold. With turmoil and tranquility interwoven throughout the entire album, the seven dynamic sequences that formulate NY 64 were recorded in November at Volume Fact and Backroom Studios (The Dillinger Escape Plan, Foxy Shazam, Meek Is Murder) by guitarist Chris Alfano, and mastered by Nick Zampiello at New Alliance East, and the cover photography and layout by guitarist Justin Hock.

Magic Bullet Records has unveiled the track listing and cover art for NY 64, which will see official release on CD and digital outlets on April 7th. A 12" vinyl version will be released in the near future as well, with a street date to be confirmed shortly. Digital preorders via Bandcamp have been posted HERE; CD and LP preorders will be available shortly.

NY IN 64 has begun booking new shows in support of their debut album, including a short record release trek. The three-city run sees the band playing Wayne, New Jersey on Wednesday, April 8th -- just one day after the record is released -- followed by a show in Philadelphia, Pennsylvania on Friday, April 10th and a set in New York City on Saturday, April 11th. Additional tour dates will be announced in the coming weeks, along with additional album news and more.

After taking a fifteen-year hiatus from writing music together, Justin Hock and Thomas Schlatter - both part of the writing team behind '90s screamo band, You And I - began laying down the framework to collaborate once again. To flesh out the outfit, Schlatter and Hock recruited New Jersey musical veterans Chris Alfano and Seth Rheam, best known for their work in the progressive powerhouse East Of The Wall, among many other acts, completing the lineup for NY IN 64. Completely void of vocals, the raw energy of '90s hardcore supplied by Hock and Schlatter, mixed with the refined technical aspects of progressive metal Alfano and Rheam deliver, were like two worlds colliding, however, resulted into something that seamlessly blended the two contrary styles. While injecting the energy and enthusiasm of a basement show into a more refined musical composition, NY IN 64 attempts to harness two sides of many coins; youth and age, rawness and precision, joy and hostility.