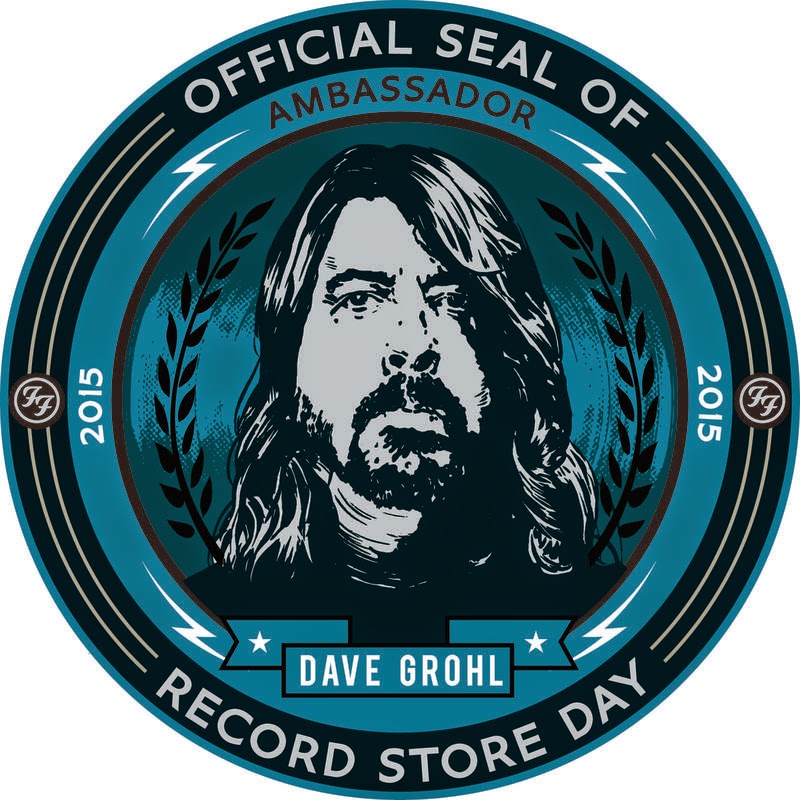 Every year, it seems like the sidewalks leading to the independent record stores are paved more and more by good intentions and good intentions only.  Myself a proponent of Record Store Day up to this point, the gradual major label influence over the occasion has not gone unnoticed and the extent to which the influence has led to the true independent and/or underground musical apparatus being pushed aside is more apparent.  The major labels were taught a big lesson about fifteen years ago when online music sharing became the unapologetic response to the industry's complacent output of overpriced mediocrity.  With the vinyl resurgence only a few years old, you'd think the industry would've learned how to respect its audience, but not so much.  Prices for vinyl are becoming more and more absurd and the tried and true reissue machine is churning out more and more old and progressively irrelevant and geriatric catalogues and, thusly, new music from bands either too young or alienating to have ever experienced the arena rock circuit and all its romanticized wonders is getting cut out.  Co-opt... Co-opt... Co-opt...

You also would've thought the progenitors of Record Store Day would be sympathetic to the complaints of independent labels who've been having difficulty keeping themselves afloat since the corporate dollars started rolling in.  The official answer to Sonic Cathedral and Howling Owl, two independent record labels that earlier this year questioned the benefits of RSD, was ultimately this:

One really can't thrive without the other.

While I give credit to RSD for helping instigate renewed interest in frequenting and patronizing the good ol' brick & mortar, it's also enabled the majors to act as if they've always been interested in the manufacture and dispensation of art.  This is pure bullshit.  I think that that may have been true at some point, but my era of musical discovery coincided with the hijacking of underground culture.  So, naturally I understand what it is to witness counterculture's transition into over-the-counterculture.  The only vinyl I saw during the CD-heavy 90s was in my brother's record collection, homegrown record labels distributing crust punk and grindcore on LP and 7" back when the majors figured the format had gone extinct.  These are the labels being choked.  These are also the labels these stores depended on for inventory and cred.

And so it was on this Record Store Day in 2015, the year of Dave Grohl's ambassadorship, that I decided to take my record money and list of wants and head to sunny Doylestown to visit Siren Records, where you can still occasionally find old Disrupt, Drop Dead, Spazz and Charles Bronson singles tacked up.


First thing worth noting is that I wanted two exclusives this year.  That's all.  If I had some loot leftover after getting what I wanted and maybe finding something else I was otherwise looking for while shopping the store I might pick up that Shogun Assassin soundtrack or that Tomorrow LP, (which in retrospect was probably something I should've picked up—maybe they still have some copies).  But, I wouldn't be heartbroken if I walked out without a boast worthy haul.  The Run The Jewels EP would've also been a good find.  I saw a copy under someone's arm as he walked by while I was waiting in the check out lane.

I thought the exclusives list this year seemed full to bursting with a lot of thoughtless singles and overpriced novelties.  U2 had the balls to issue a double-LP of Songs Of Innocence after inflicting it on everyone with an iTunes account last year.  Sure, let me not buy that one again.  Talib Kweli and Yasiin Bey (Mos Def) put out a star-cut Black Star single that I might've picked up if not for the $17.99 price tag.  And even that Metallica No Life Til Leather demo cassette might've been an interesting buy, though all the eBay hounds picked through that stack before I'd gotten within 5 or 6 feet of them.  The "Side-By-Side" singles remain insultingly pointless.  Venom's From the Very Depths was a tad pricey if I remember correctly, as was Hawkwind's debut and D.R.I.'s Live At CBGB's 1984.  So, there were things there that I wouldn't have minded getting, but my budget wasn't going to stretch enough and I honestly just didn't feel like dropping the kind of money that was being asked.

I and some friends were in line, coffee in hand, around 8:30.  Siren was scheduled to open at 10.  Considering some other RSD waits I've experienced, this one wasn't terrible.  Once the doors opened, though, it was mob time.  Imagine the crowd Wal-Mart typically brings on Black Friday and add B.O., tats and ironic t-shirts.  So, at first, actually looking around was damn near impossible.  After managing to grab my wants, which were the Swans s/t EP and the KMD Black Bastards reissue, I pushed my way through the human padding, trying to keep my albums from bending under the pressure of the crowd and found a quiet spot behind the jazz LPs.  Figuring I'd shop the store while I was there, I let the scavengers have their space and started roaming.  Here's what I picked up:

The second and last album from hip-hop group KMD, (brothers Zev Love X, a.k.a. MF DOOM, and the deceased DJ Subroc) Black Bastards had been denied release back in 1993 due to its unapologetic and racially charged artwork.  Plus there were apparently allegations that the album was lyrically offensive, but it's no worse than anything else out at the time.  The album did eventually see release in 2001.  Expanding on the "hangman" concept on its cover as a popular children's game, the package is a pop-up board book containing the actual album, a CD of bonus material and a 7" single of the track, "What A Nigga Know?"  It's one of the more creative and unique RSD exclusives I've seen. 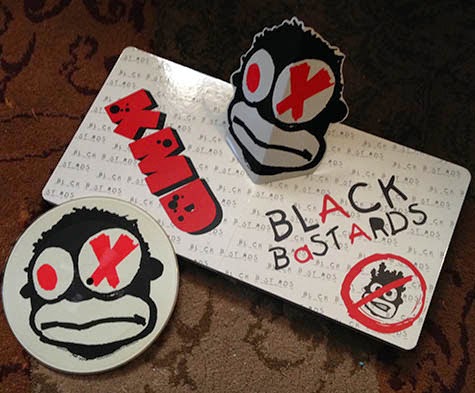 As I'm not one to turn down a Swans release, the band reissued its 1982 self-titled debut EP for RSD.  This was the first thing I picked up before leaping from the crowd.  It comes with a lyric sheet.  I haven't had the chance to spin this one yet, but if the Filth reissue is any indication as to the level of attention paid to the remaster, then it's likely that I'll be happy with how it sounds. 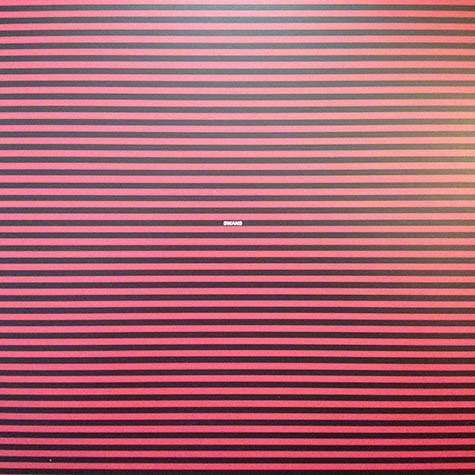 Otherwise, I picked up my obligatory Sun Ra album, Art Forms of Dimensions Tomorrow, and an impulse buy from The Master Musicians of Joujouka called Into the Ahl Srif, which is basically one track per side.  It's a challenging listen. 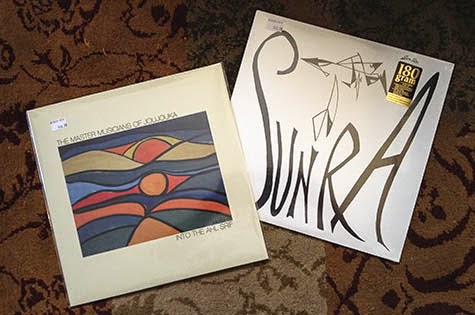