- October 09, 2015
Up until now, I'd been oblivious to J.R. Robinson's Wrekmeister Harmonies, a metal/drone/vocal/rock project featuring a rather impressive roster of musicians.  This ensemble is releasing a third Wrekmeister Harmonies album called Night of Your Ascension on November 13th via Thrill Jockey Records and I've had a chance to sample some of the LP.  An excerpt of the second of its two tracks surfaced online yesterday via Revolver Magazine called "Run Priest Run."  It's about 12-plus minutes out of its almost 17, so it's a pretty generous offering.  You can check that out below:

Here's a trailer for the release:

All info and links were lovingly curated from the excellent people over at Earsplit PR.  Please check out the Revolver article as well. 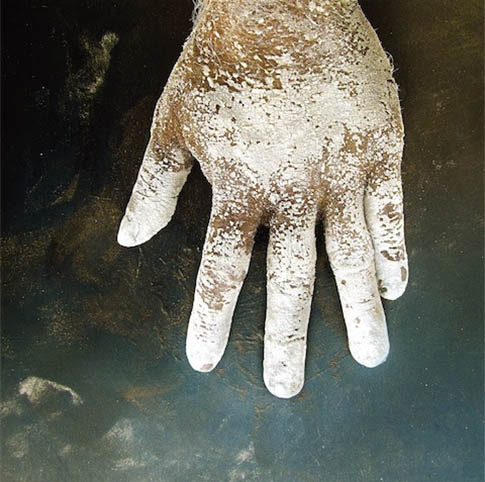 Nearly a year in the making and including a cast of 30 musicians, J.R. Robinson delivers his towering third album as Wrekmeister Harmonies entitled Night of Your Ascension. As with previous records, the ensemble is made up of an all-star cast of talented musicians which include Lee Buford and Chip King of The Body, Alexander Hacke (Einsturzende Neubauten), Marissa Nadler, Cooper Crain (Cave, Bitchin Bajas), Mary Lattimore, Olivia Block, Eric Chaleff (Bloodiest), Dylan O’Toole and Ron DeFries of Indian, Bruce Lamont (Corrections House), Sanford Parker (Twilight), Mark Solotroff (Anatomy of Habit) and Chris Brokaw (Come, Pullman).

Robinson has long been fascinated with those whose habits or actions have set them beyond the reach of redemption. He continues to explore humanity’s darkest impulses and society’s response to them. The death of Father John Goeghan and the life of Don Carlo Gesualdo were starting points for the two epic compositions on Night of Your Ascension.

The title track, “Night of Your Ascension” featuring the haunting vocal talents of Marissa Nadler, was as much influenced by Don Carlo Gesualdo’s horrific act as it was by the extreme nature of his compositions. There are many that have been inspired by Gesualdo’s imaginative and complex works, from Werner Herzog to Igor Stravinsky. All were perhaps drawn to the unanswerable question whether or not the violence of his life was related to the violence of his music. Robinson, while intrigued by that question, focuses on evoking the extreme nature of Gesualdo’s act while using the man’s music as a vehicle. The resulting composition is compelling, and the hopes are that we ask why such horror is so captivating to the collective mindset.

“Run Priest Run” traces the death of Father John Geoghan, a priest convicted of child sex crimes who was violently executed by an inmate whilst in solitary confinement. The piece opens in a cold, dank space, evocative of the cell where the violent scene happened. As rumbling bass and brooding drums usher our killer into the frame (the hair raising shrieks of The Body’s Chip King), the track takes us into the depth of horror of that cell and the minds of those within it.

Robinson has long been pre-occupied with society’s unwanted, observing the horror of their acts while trying to identify with their conflict. Night of Your Ascension is a commentary on our own fascination with blood lust and our seemingly insatiable appetite for lurid depictions of depravity. The music on this record is as hauntingly beautiful as it is brutal, the questions it provokes are weighty.

Night of Your Ascension will be released on 13th November and available on CD / LP / DL. Pre-order via Thrill Jockey mail order: http://bit.ly/1W7rQGB
"Brooding enactment of sonic theatre" - Rock-A-Rolla Magazine

"From lightness to dark, beauty to violence" - The Quietus

"A roiling blend of drone, funeral doom, and black metal that grows to Olympian heights" - Stereogum

Night of Your Ascension trailer:
https://youtu.be/hPQWnxAy8vs

You've Always Meant So Much to Me (Music Video):
https://youtu.be/5Iky6f1HIRE

Sincerely,
Letters From A Tapehead
collaborations einsturzende neubauten ensemble metal post-metal the body upcoming release what i heard this morning