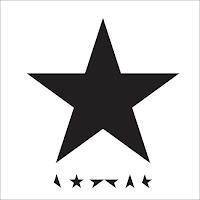 Since Monday, January 11th, I’ve been listening to David Bowie’s Blackstar nonstop, unable to separate it objectively from its context as the artist’s last and final effort.  I hang on every word, distilling phrases clearly meant to convey Bowie’s handling of his mortality, fascinated by his musical choices and his continued interest in extracting modern musical ideas and incorporating them into his design.  This “parting gift,” as longtime collaborator and producer Tony Visconti put it, is a tragic thrill, which makes it difficult to completely appreciate on one level and damn near impossible to criticize on another.

As many of us have over the past week since Bowie passed away, Sunday, January 10th, a mere two days after turning 69 years of age and releasing Blackstar, I’ve been immersing myself in articles filled with Bowie-related remembrances and dedications, all-day radio broadcasts and special podcast episodes acting in commemoration, both enjoying the opportunity to hear hours’ worth of Bowie’s best music while remaining sad that he’s no longer with us.  And though I’ve tried to stay away from reviews of Blackstar, mostly so I’m not somehow swayed toward a certain conclusion or offered a unique perspective that will unintentionally inform my opinion, I did hear critic Jim DeRogatis comparing Blackstar to John Lennon’s Double Fantasy, opining that a critic’s summation is pointless when it comes to an artist’s last album.  I disagree with his comparison.  Lennon’s Double Fantasy wasn’t written or produced with death in mind as his life was unexpectedly cut short by a deranged fan with a weapon.  I’ll concede that this aspect of the album likely bolstered its reception, (I’ve never really thought Double Fantasy to be “great” per se), but Blackstar’s scenario is different.  Bowie went into the writing and development of Blackstar, save maybe two songs he’d written around the time he was recording 2013’s The Next Day, knowing that this would be his finale, having been diagnosed with cancer, (a secret he’d somehow managed to keep from the public in this age of our voluntary abandonment of privacy).

Where I do agree with DeRogatis is that circumstances grant Blackstar the quality of being somewhat “untouchable” or beyond critique, (though he had no problem doing so).  First off, for Bowie to have hung on till the album had surfaced and seemingly relinquished control once his goal had been completed, adds something to his legend.  It’s as if even Bowie’s death was by his own design.  Secondly, it might seem shitty to evaluate what is essentially his own written end.  It’s a work nonetheless but, in the case of Bowie, somehow more meaningful.  Did you see the “Lazarus” video while Bowie was still alive?  Did you see it afterward?  Did it somehow mean something else once you did?  Of course it did.

Since DeRogatis brought up Double Fantasy, I thought about other LASTs that coincided with the deaths of their makers, albums like Joy Division’s Closer, Nirvana’s MTV Unplugged in New York, even Motörhead’s Bad Magic, and really couldn’t come up with a scenario that mirrored Bowie’s. (Maybe I missed one?  If so, feel free to comment.)  I did, though, lock onto Frank Zappa’s The Yellow Shark, which was released a month before he’d passed away in December of 1993.  And I locked onto this album because of the cover, which is a somber portrait of Zappa, his face relaxed as if to acknowledge his acceptance of the inevitable through this effort meant to celebrate his triumph as an artist.  The album was a live orchestration of Zappa’s work by The Ensemble Modern, (which would also document Zappa’s last public performance), a tribute to the man’s legacy that he was unfortunately too ill to conduct for its duration.  It still stands, though, as his own “parting gift,” an album he was alive to see to its completion as Bowie had been for Blackstar.  There was that two-day window when this album could be absorbed in the context of a living performer.

I missed that window.  But, I’m going to evaluate Blackstar anyway because it’s too important to ignore.  And, luckily, I don’t have much bad to say.

It’s worth mentioning that Blackstar is on the level of some of Bowie’s most acclaimed work, especially the more instrumentally progressive and modern aspects of albums like Station to Station and Low.  In its relatively short run time of 41 minutes, Blackstar is vast.  With Bowie’s constant appreciation for new sounds yielding unexpected forms of electronic and rock experimentation, jazz and string arrangements, and hip-hop rhythms, he’d reportedly taken cues from Kendrick Lamar’s To Pimp a Butterfly and the “sound and vision” tactics of Death Grips.  With a group of jazz musicians led by saxophonist Donny McCaslin, Bowie slowly drapes his melodic syllables across the title track, combatting the song’s otherwise heightened tempo.  McCaslin’s saxophone adds a layer of calm to the piece, its percussion frantic and Bowie’s voice infused with something dark, almost pleading.  The second half of the song has a more relaxed stride, its initial restlessness entering into what sounds like resigned understanding.  Bowie sings, “Something happened on the day he died/Spirit rose a metre and stepped aside/Somebody else took his place, and bravely cried/(I’m a blackstar, I’m a blackstar).”  It’s been theorized that the album’s title may mean “lesion,” as some forms of cancers tend to look like black stars.  As Bowie lists and then denies his reputation as a “filmstar,” a “popstar,” or a “star star,” he’s ultimately renouncing his accolades, accepting that he’s been beaten by his condition in as meaningful a way as possible.

All this happens within the first track.

With “’Tis a Pity She Was a Whore,” its fairly rapid pace and free jazz arrangement offers relief from the heft of the title track, Bowie’s croon sounds fractured, his vocal out of step with the music beneath, as free form and sporadically placed as the touch of random piano keys and the squealing saxophone.  It’s lively next to the bleakness of the title track, but this rhythmic upswing doesn’t last.

“Lazarus,” the album’s most emotional goodbye, is truly heartbreaking and lush, the isolated and muted howl of Bowie’s Fender almost some faraway death knell.  It’s difficult to hear the instrument any other way.  “Look up here, man, I'm in danger/I've got nothing left to lose,” he sings.  The song’s extended outro says just as much musically.

One of the more sonically adventurous tracks on Blackstar, “Sue (Or in a Season of Crime)” I immediately took as a marriage of early Tomahawk (from a purely riff/rhythm standpoint) with some basic Richard D. James embellishments, namely that industrial whine that replaces the track’s signature melody in its absence.  Even that drum motif seems relatable to Aphex Twin, LCD Soundsystem’s James Murphy supplying the beat, so I wouldn’t consider that comparison too much of a stretch.  Aside from “’Tis a Pity,” “Sue” is the most categorically rock n’ roll track on the album, leaning on chunks of six-string down stroke and blocks of steady synth noise.

With “Girl Loves Me,” Bowie attempts to build a hip-hop-centric hook, a head-knock pace driving Bowie’s expletive prone verses.  For me “Girl Loves Me” is the album’s weakest offering, the one instance when his otherwise welcome and refreshing approach to experimentation didn’t completely payoff.  Even so, I wouldn’t discount the track completely.  Even if it doesn’t quite hold up in correlation with the rest of the LP, its instrumental arrangement is still deep, tonally rich and textured.

By Blackstar’s remaining tracks, “Dollar Days” and “I Can’t Give Everything Away,” there’s only warmth.  “I’m dying to/Push their backs against the grain/And fool them all again and again/I’m trying to...,” there’s a particularly beautiful bass tone that sounds as Bowie sings this verse, his wish to continue, to thrive, to say it’s all untrue shining through.  By “I Can’t Give Everything Away,” his “parting gift” opens up emotionally with realization or regret as he repeats the title’s phrase, “I can’t give everything… away…,” his last words we’ll ever hear him sing, granted us by his efforts in making sure we would hear them.

P.S. After publishing this review, some more “parting gifts” were brought to my attention: