- February 17, 2016
A patiently composed and theatrically stylish new single from Kaada/Patton has surfaced called "Red Rainbow."  This is the first single from the duo's upcoming release, Bacteria Cult, which is the first LP spawned from the collaborative efforts of John Kaada and Mike Patton since 2004's Romances.

With the mood of a thriller, the pace of which eventually culminates into a rather sinister finale, "Red Rainbow" is performed by the Stavanger Symphony Orchestra.  Patton's vocal melody adds character to the composition, as if to add an air of distinction.  Despite its dimension of impending dread, its captivating tone and rich undercurrents of zig-zagging harmony offer much for the ear to absorb. 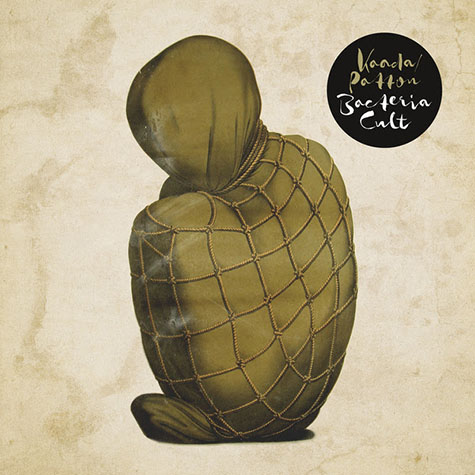 Bacteria Cult is currently available for pre-order.  You can listen to the track below.  All info and links were provided by Speakeasy PR.

"Red Rainbow" begins the record with a slow burning, underlying sense of dormant power, made graceful with the considered movements of the Stavanger Symphony Orchestra, and spiraling around a procession pace in to a whirl of exotic vocal intonation, setting the tone marvelously for the magic that follows across the rest of Bacteria Cult.

“Working with John Kaada on this latest release was an honor and pure pleasure,” said Patton of resuming work Kaada. “His compositions have always resonated deeply with me and his orchestral arrangements for this project are harmonically dense and delicious! Each individual piece is so well constructed and inventively assembled that my vocal passages practically sang themselves. I’m hoping very much that we can seduce some eardrums and welcome listeners into this lush sonic ‘other world.’”
“We wanted to try new things,” explains Kaada. “Fully utilizing new technologies, combined with a large orchestra, while putting more attention towards melody and structure.”

The eight-song, orchestral collection exudes the music Ipecac has become well known for: eclectic, experimental and cinematic. Similar in feel to Fantômas’ Director’s Cut, as Kaada describes it, Bacteria Cult “dwells in the twilight zone where spooky and seductive meet.”