What I Heard This Morning: Bronze

- February 10, 2016
Inasmuch as I'm never going to concede to the opinion that guitar music has been on its way out for the last few years, because I've heard no shortage of guitar-based bands still making relevant noise, I will say that the electro-punk buzz of ye olde Suicide-worship has really caught my attention.  The repetitious disco stress of Bronze, for instance, could cauterize wounds with the amount of sonic friction going on in this live track, "Re Enactment," which is taken from the trio's upcoming Castle Face release, Live in San Francisco. 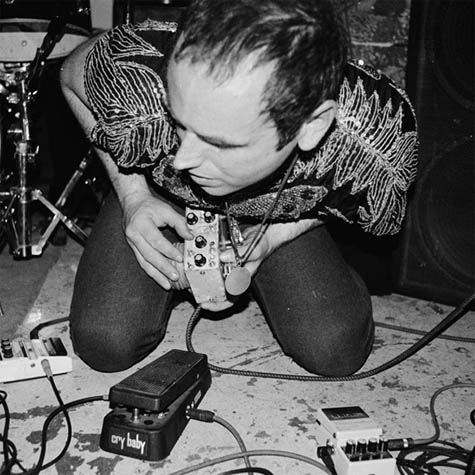 A swirl of propulsive, anxiety-riddled styles that brings to mind the aggressive persistence of Ed Schrader's Music Beat and the dance-punk circuitry of Cabaret Voltaire, Bronze's interpretation fuzzed-out and somewhat euphoric.  So alive is the DIY feel of this track, down to the modest applause you hear following the band's performance,  that it fits well with the post-punk idiom of the late 70s without recycling ideas.

I look forward to hearing this album, which will release March 25th.  In the meantime, you can hear "Re Enactment" below.  The track was provided by Terrorbird Media.