- March 30, 2016
I haven't written one of these "fond remembrance" type entries lately, having skipped all of 1995.  But, after going through the albums I'd acquired in 1996, my sophomore year in art school, I thought a couple releases would be worth addressing.  Others not so much, but I'll address them anyway. 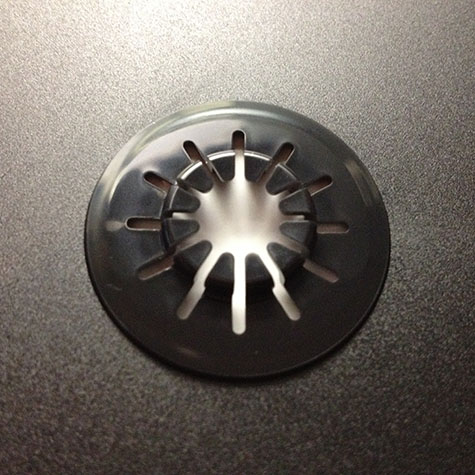 NOFX – Heavy Petting Zoo
I first saw NOFX at the Trocadero the year Heavy Petting Zoo was released, the farm-animal-as-fuck-puppet theme of the album further explored via blow-up sheep, ("There's even a hole for your cock!", as I remember singer/bassist Fat Mike excitedly putting it), being volleyed and bounced throughout the audience.  And of course there was the raunchy banner of the greasy-haired 1950s looking dude on the cover in a 69 with a sheep acting as a backdrop for the band's performance.  At the time, sure it was funny.  Now?  Eh, whatever.

I can't deny that NOFX was actually a solid live band and that those shows were a lot of fun.  But, the novelty has certainly worn off.

Heavy Petting Zoo had NOFX's celebratory ode to the passing of Jerry Garcia, "August 8th," which, being a self-proclaimed, hippie-dismissive punk rawker, (even if I didn't realize I was of the mall variety at the time), was something I could get behind.  I remain largely anti-Grateful Dead, though NOFX has nothing to do with that.  Deadheads made it clear the band wasn't for me.

And there was also "What's the Matter with Kids Today?," which took the very adult, generationally constant, fear-baiting sentiment and turned it around so as to address the good deeds children were doing as problematic, (i.e., "There's something wrong with the kids in my neighborhood/They always listen to your mom/They disregard civil disobedience/They'd rather do what they're told...").  Very clever.

Like I've said before, most Epitaph bands haven't aged well for me.  Pretty sure I traded this one for store credit.


The Fugees – The Score
My horizons widened considerably once I didn't have to prove how hardcore I was to my peers in high school and I allowed myself the liberty of meeting new people in my college surroundings.  As a result, I began to appreciate hip-hop a lot more.  I think '96 was the year I really got into Wu-Tang, cutting myself off from a lot of what was also going on at the time.

When The Fugees released The Score, much of its strength had been built upon the group's cover of Roberta Flack's "Killing Me Softly," (Lauryn Hill's beautiful rendering somewhat dated now), which I'd heard through secondhand testimony was the weakest track on the album.  That didn't turn out to be completely true, Wyclef Jean's "No Woman, No Cry" cover wound up one of the more laughable inclusions on the album, (though, perfect for the Sublime era).

I was, though, a fan of The Score.  "How Many Mics" caught me completely off guard the first time I'd heard it, that effective bass rhythm thumping beneath synthesized notes, verses spilling from the mouths of Hill, Wyclef, and Pras with a syllabic flow like I'd never heard at the time.  I loved the layered vocal melody that gave "Ready Or Not" that haunting presence and the melodic flute sampled for "Fu-Gee-La" is such a lush device.  And "Zealots," Flamingos sample and all, was a perfect head-knocking track that I still find captivating.

It's a pity that, with exception of The Miseducation of Lauryn Hill, nothing this crew did afterwards came close to being as noteworthy.

Man, I really played this one out.

When Sepultura's Roots was released, I immediately purchased a copy, still all in with the group's direction on Chaos A.D. and expecting the same level of percussive and rhythmic exploration.  Roots wound up providing (for better or for worse but mostly worse) vocalist/guitarist Max Cavalera with somewhat of a blueprint for his follow-up group, Soulfly, this being his last outing as Sepultura’s frontman.

I don’t remember the term “nü metal” ever being spoken at this point in time, but it was apparent that Korn’s influence dominated a significant portion of the material herein, down to Sepultura’s choice of producer being Ross Robinson, the man who not only produced Korn’s first two albums, but was also at the knobs for Vanilla Ice’s attempted resurgence as a rap-metal guy.  Also, Korn’s vocalist Jonathan Davis (“Lookaway”) and drummer David Silveria (“Ratamahatta”) both had guest spots, as did House Of Pain’s DJ Lethal pre-Limp Biskit.  The nü family tree at play is absurd.  And Mike Patton also guests, which he may want to forget since he’s largely unhappy to be associated with the development of this subgenre.

But as stigmatizing as that association can be following the era from whence all that awful, horrible shit came, Roots was a powerful album.  Yes, there's muddy low end and amplified groove, two factors that had more or less been wrung of any worth by the time Y2K rolled around, but Sepultura’s deep engagement with their “roots” (for lack of a better, more appropriate term) resulted in some fascinating percussive textures (“Ratamahatta”), moments that were genuinely moving (“Jasco”) and spirited (“Itsári”), and purely relentless (“Attitude,” “Cut-Throat”).

I remember really being into “Straighthate.”

"A Walk" was the bullet for this one.

Big points worth noting for Bad Religion's The Gray Race was that longtime guitarist/songwriter Brett Gurewitz left the band and that Minor Threat's Brian Baker picked up the slack.  This is another product of the Epitaph contingent whose albums I no longer have the patience or desire to revisit, which is kind of sad since it's actually not a bad album.  "Parallel," in particular, was for me one of the album's best inclusions, the air of desperation conveyed through hyper-speed and melody quite a draw. I threw that track onto more than a few mixtapes.