What I Heard This Morning: SUZISUZI

- March 08, 2016
Suzisuzi is a wildly aggro Japanese metal act comprised of ex-members of the bands Yellow Machinegun and Abnormals.  Apparently 7 years in the making, Suzisuzi is releasing its debut LP this week, Scream Addict.  I would rate the band's title track, which you can sample below, alongside Naked City and Boredoms in terms of its sideways, jazz-infused concept and Cripple Bastards for presentation, i.e. its calculated, relentless and thoroughly battering incursions of scream and beat. 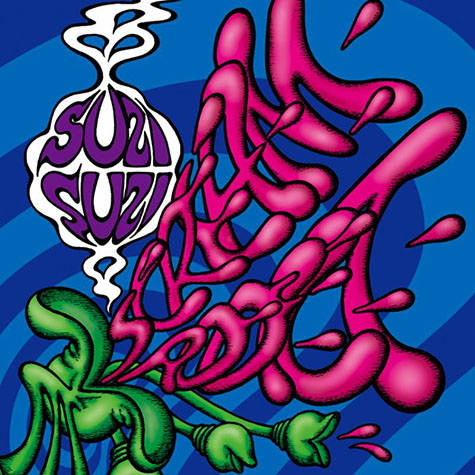 Scream Addict will be out on CD and digitally March 11th via Pure Evil.  The single, information on the release, and links were supplied by the always excellent people at Us/Them Group. 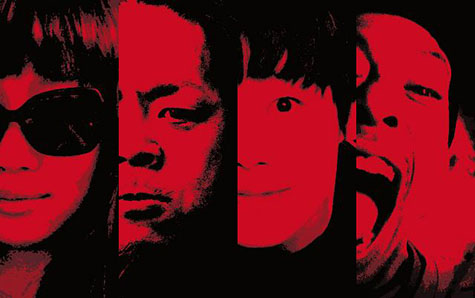 SUZISUZI ("suzi" in Japanese means "vein") formed after 2 bands -- Yellow Machinegun and Abnormals -- met 15 years ago and became good friends. Yellow Machinegun was an all-girl band that debuted in 1996 in Osaka, Japan. They made a huge impact with their screaming vocal styles, not only in Japan but also among the international hardcore/metal scene, leading to tours with Slayer, Motorhead and S.O.D. (with whom they also released a split album.)

Abnormals are from Tokyo, Japan and have been attracting punk fans with their dark view of the world since the late 1980s.

Through a chance encounter, the two bands collaborated together to release a split album in 2000, followed by a tour throughout Japan. Since then, the members of Yellow Machinegun and Abnormals have become good friends, and eventually created SUZISUZI.

Abnormals guitarist IxSxO and drummer Murochin asked Yellow Machinegun bassist/vocalist Kaori to start the band together when her band announced a short break. IxSxO was keen to use a girl's name for their band, and Kaori liked the sound of "Susie". Murochin suggested the word "SUZI" (meaning "vein" in Japanese) after the veins that appears on their necks when the band members scream. Thus, SUZISUZI was born.

In 2011, SUZISUZI did their first gig in Tokyo and decided to add another female vocal. Kaori called and asked K♠ of the Pure Evil record label to join. She is an old friend of Kaori's who has helped her out with lyrics over the years. The full 4-piece band's debut was in Tokyo in May 2015 and shocked fans... in good way.

After 7 years of playing together, SUZISUZI finally releases their debut album this year. Scream Addict will be available on CD and download on March 11th, 2016.