- June 04, 2016
For twenty years, Brian John Mitchell of Silber Records has been independently releasing ambient and drone projects from numerous performers and bands while publishing zines and comic books and holding down paid gigs in the real world.  While I have written about some of Silber's releases in the past, I thought I'd take the opportunity to throw a spotlight on the label by posting about three new releases for June.  If you like what you hear, I encourage you to head over to the site and spend a couple bucks. 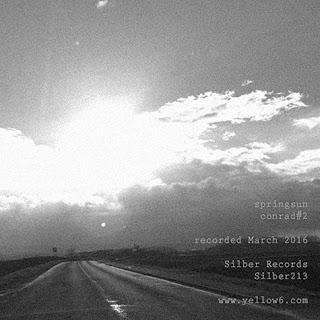 See that cover?  That's exactly what Yellow6's two-track Springsun/Conrad#2 release sounds like.  Gorgeous and vast, it's the type of lush and ambient arrangement you want to hear as dawn transitions into morning.  You can purchase the album digitally here. 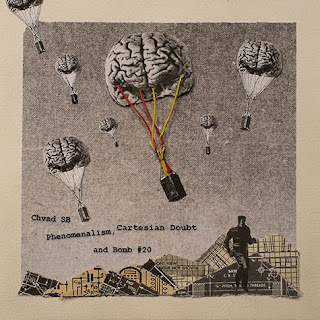 Chvad SB's Phenomenalism, Cartesian Doubt and Bomb #20 was apparently two years in the making and was constructed without the aid of a computer or a human to manipulate or arrange the sounds. How? I'm still not quite sure I understand how, but the music you hear was built from a self-playing modular synthesizer programmed to take repeating phrases and make them non-repeating. The result is a very robotic and, on the surface, calculatedly random array of sounds that successfully demonstrates its reverence to Chvad SB's sources of inspiration, namely the film scores of Forbidden Planet and Dark Star, while conveying his own understanding of how those sounds can still emote and construct something imaginative and tangible.

There is a video companion to this piece as well, which was created by video artist William Laziza.

I'll admit, though, that, at one-hour and thirteen minutes, this isn't the easiest listen.  Links for purchase can be found here. 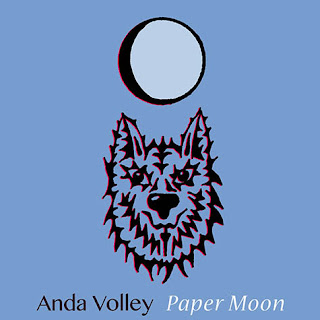 Silber Records has an ongoing EP series called "5-in-5," which means that you get 5-track/5-minute albums.  Anda Volley's Paper Moon is one such release and I do think it suffers a little bit from the time constraint, simply because some of its contents do consequently sound unfinished.  That being said, Volley's electrically dark musings find some interesting commonalities with Jarboe or Insect Ark.  I especially like the unsettling motion of "Wolf Meet."