Shopping For Records: The Bought of 2016 — Anenon, Kendrick Lamar

We're more than halfway through the year, so I thought it was about time that I discuss some of the 2016 releases I've purchased. Here are some thoughts on the following: 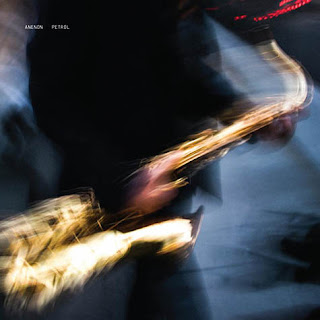 Purely on the strength of the single "Once," I went to Anenon's Bandcamp page and purchased a copy of the band's latest album, Petrol.

Anenon is the moniker of one Brian Allen Simon, saxophonist and creative presence behind Petrol, whose composed intersections of soft and rushed are manifest in such a way as to find solace in spite of constant stimuli. Petrol is apparently an ode to the Los Angeles highway, though there's a lot of serenity within these grooves, too much to attribute to the frustration, anxiety, and stress one experiences when stuck in traffic. The aforementioned “Once” struck me because of Anenon’s dichotomous approach to tension, its hurried drum patterns, built by collaborator Jon-Kyle Mohr, being met with tonal calm. The be-bop approach to “CXP” is an easier idea to comprehend as just about every element incorporated into its being is headed somewhere fast and the programmed semi-boom bap of “Machines” takes an interesting turn with layers of bowed instrumentation and synthesized sound.

While jazz rhythms and brass melodies inform a lot of the album, this is an ambient outing. Occasional leaps into purely electronic melodies so occur, (as with the string-accompanied “Lumina” and the playfully composed “Mouth”), but Anenon’s saxophone finds kindred accompaniment with swells of meditative sound in tracks like album opener, “Body,” “Hinoki,” and the near-pulsation in “Panes.”

Anenon could be called smooth jazz for beat-meisters, but don’t let that sway you from checking this one out. It’s a deep listen from start to finish. The album closes with its title track, a beautifully rendered mash of brass, strings, percussion, and electricity that finds something to appreciate in the hurried aspects of its point of inspiration before eventually fading into the incidental sounds of cars passing by. 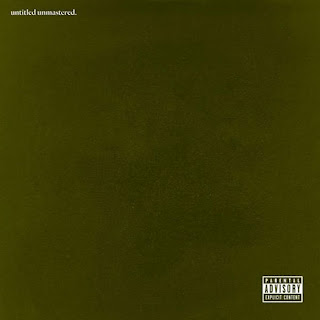 I’m still not completely sure if Kendrick Lamar’s untitled unmastered, which, if I may date myself slightly, is sort of the Incesticide to last year’s Nevermind, (2015’s To Pimp A Butterfly for those that don’t know), could be considered as a proper 2016 release since it’s essentially a compilation of unreleased demos from the Butterfly sessions. But, the truth of the matter is, untitled unmastered should’ve been called untitled, because this album sounds too thought out to be what its maker has claimed it to be.

Granted the material does sound rough next to the level of craftsmanship that went into Butterfly. But untitled unmastered benefits from well-considered track sequencing and the same level of multi-instrumentation and musical influences that made Butterfly as successful as it was, jazz, funk, blues, soul delivered unto Lamar’s very capable and lyrically dense flows, which expectedly conform well to just about every musical idea presented. Despite the overall rhythmic simplicity of “untitled 02 | 06.23.2014,” with well-collaged embellishments of brass and piano entering at points, Lamar finds ways to make it complex, changing up his phrasing as if trying to find the perfect rhythmic cadence. It’s as if he’s syllabically composing a progressive rock track, each pause for breath marking a time signature.

As far as standouts, the first track I really responded to was “untitled 03 | 05.28.2013,” its off-kilter rhythm and Thundercat’s modest bass application a captivating backdrop to Lamar’s commentary on race and what every class seeks to gain from the American dream. And then “untitled 5 | 09.21.2014,” successive bass notes (and possibly Kamasi Washington’s saxophone) amplifying what would otherwise be considered a pretty chill stride, Lamar trading verses with Jay Rock and Punch which follow a heavy contribution from singer, Anna Wise. And “untitled 06 | 06.30.2014” features Cee-Lo Green performing overtop bossa nova rhythms. Production for “untitled 6” was handled by Adrian Younge and A Tribe Called Quest’s Ali Shaheed Muhammed.

Lamar seems to be the most politically and socially relevant artist in the spotlight currently, at least as far as popular music is concerned. It could be argued that Beyoncé’s Lemonade is vying for this position as well and, since Lamar is involved with Lemonade anyway, it’s not as if she can claim to be unaware of his presence. He’s an insightful and interesting dude and he’s making hip-hop sound vital and exciting, again. And musical.