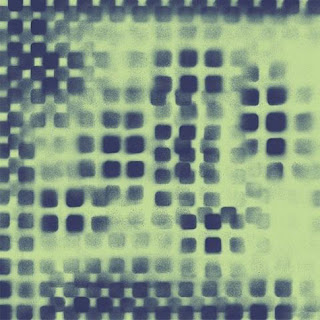 Nisennenmondai is a three-piece from Japan whose propulsive art rock mutations seem to derive mainly from the No Wave era groups like DNA and Mars, whose own caustic brands of anti-melody had been inspired largely by the urban ruin of late-70s New York City, not to mention the desire to simply play music that had no clear ancestor, namely traceable roots to rock, blues, jazz, funk...etc., (though I could argue some connection to free jazz).  I'd also cite the psychedelic and repetitious elements of groups like Neu! and Can as possible influences as well as post-punk's utilization of dub reggae.

Nisennenmondai has apparently been playing together since 1999, so it embarrasses me a little to be discovering this group almost twenty years later.  But, the tracks I sampled from the group's recent release #N/A warranted acknowledgement.

On September 2nd, Nisennenmondai will be releasing the #6 EP, its single track pulled from the sessions that birthed #N/A.  The B-side features a remix of #6 by Throbbing Gristle's Chris Carter.

Below is a teaser video announcing the EP.  I've also embedded a Soundcloud link with some cuts from #N/A that you can check out.  The EP will be out on On-U Sound and the info below (along with a link to pre-order the album) was provided by Julian T. Schoen - Artist, Event & Project Management.

Today, the trio & Sherwood are pleased to announce the follow-up #6 EP, available September 2 on limited edition vinyl, featuring an exclusive bonus cut from the #N/A sessions along with a very special remix by the underground legend Chris Carter, best known for Throbbing Gristle, Carter Tutti Void, and Chris & Cosey.

Nisennenmondai is composed of Sayaka Himeno on drums, Yuri Zaikawa on bass, and Masako Takada on guitar. They have been composing live, instrumental music since 1999, first channeling a noise / no wave aesthetic in the vein of Sonic Youth, only later developing into streamlined, hypnotic, minimalist sound that could be likened to "organic live techno".

Already receiving support from the likes of Battles, Prefuse 73 and Throbbing Gristle, Nisennenmondai began their dive into electronic music culture with their collaboration with Shackleton last year. Linking with Sherwood helps continue this trajectory while adding a new layer to their hypnotic jams.
_________________________________

Sincerely,
Letters From A Tapehead
ep experimental no wave rock throbbing gristle upcoming release what i heard this morning