Music Pounding In My Head: thisquietarmy 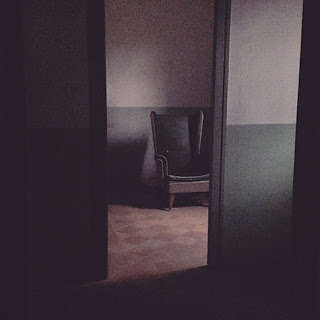 For those relatively familiar with the often unsettling nature of thisquietarmy's ambient output, Métamorphose, the project's latest release, may sound a tad relaxed.  While molding tonal environs that do much to lull ones conscious self into sedate levels of being with the opening track, "Tu aimerais parfois te retirer de ta matière," the array of echoing signals in "En y glissant ton esprit comme dans un gant neuf" brings to mind some of Cluster's earliest sounds motifs, fields of sonic grit arriving slowly in an effort to swallow up the expanse.  It's an immersive listen to say the least and once the 11+ minutes of "Tu manierais ta peau afin de l’attendrir" begin to take shape, the rather somber pluck of reverberating strings calling out against its hazy backdrop, you're thankful to have an excuse for the moment of contemplation or personal reflection this track affords you.

For artifact junkies, Métamorphose will be available on CD on February 13th via Grains of Sand Records.  You can sample the album below.  If you like what you hear, please purchase the release and help support the band.