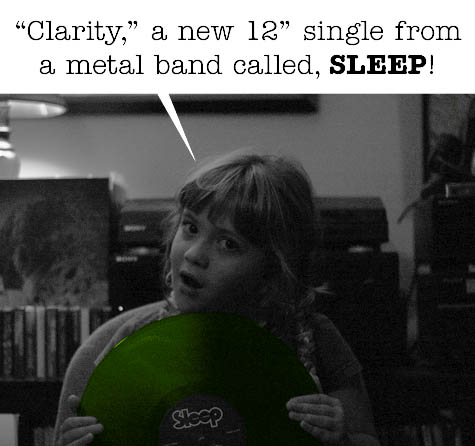 Obviously, I have my copy.  And now you can have a copy, too, without paying any jacked-up, opportunistic prices online.

Sleep's "The Clarity" 12" is finally being put out officially by Southern Lord Records on February 10th in editions of either black, white, or orange vinyl.  There are some t-shirt/hoodie combo offers as well. 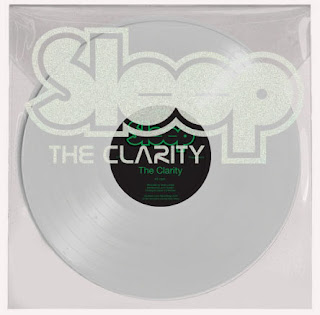 This February, Southern Lord will re-release SLEEP's "The Clarity," a special 12" containing the first new song from the band in over two decades.

Initially released digitally as part of the Adult Swim Singles Program in 2014, "The Clarity" is the first new SLEEP track the band has released since their critically-adored, life-changing, 1998-issued Dopesmoker album. Afterward, the band issued a very limited run of the song on vinyl which was sold exclusively at their live shows and the band's online store. Having been out-of-print in physical format ever since, Southern Lord will now re-release the mammoth track for official distribution.

Recorded by Neurosis' Noah Landis and mastered by John Golden, the near ten-minute-long "The Clarity" has been re-cut by Adam Gonsalves at Telegraph Mastering for this new pressing, which will see release on 180-gram 12" vinyl pressed at RTI. The B-side of the platter features a special etching of the artwork by David V. D'Andrea (Samaritan Press), and will be housed in an ultra-heavyweight picture disc-style sleeve, silkscreened with the iconic SLEEP logo.

"The Clarity" will see re-release February 10th and can be preordered at THIS LOCATION.

Remaining one of the most widely-respected and influential acts in the stoner/doom metal universe, SLEEP's popularity has grown tremendously since their reformation in 2009. The reborn lineup, reuniting bassist/vocalist Al Cisneros (OM) and guitarist/vocalist Matt Pike (High On Fire), and including drummer Jason Roeder (Neurosis), SLEEP continues to do what they have always done; largely and without pause, make music in tune with the ages.

In related SLEEP news, the band has several performances confirmed and spread over the coming months both stateside and abroad with additional appearances to be announced in due time.

"It captures SLEEP at its heaviest and weediest, and despite the puff of smoke that pervades these ten minutes, it's the band's cleanest-sounding recording." — NPR

"Built, like many of the band's best tracks, around Cisneros' thunderous, distorted basslines and the bleary haze of Pike's Tony Iommi indebted guitar snarls, 'The Clarity' hearkens straight back to the drone-y, stone-y tunes that the band was working on when they were teenagers." — Spin

"'The Clarity' is a heavy journey through meaty riffs, mid-tempo drums and plenty of drug references. At 10 minutes in length, it's also a perfect song to turn on and zone out to." — Exclaim!