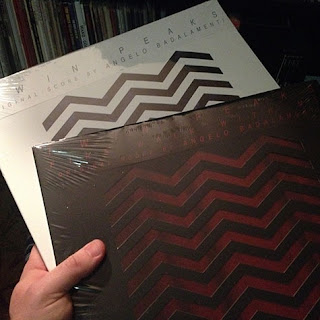 Am I a bad fan since I haven't opened either of these yet?  Angelo Badalamenti's excellent soundtracks for David Lynch's Twin Peaks series and its accompanying film provided a necessary and magnetic dimension to this tale of murder and this town's cast of weirdos affected by the event.

Truth to be told my hesitation to break these open is for purely geek reasons, most significant of which is that I need to acquire some plastic sleeves so I can safely file them onto my shelves.  Those die cut covers, while well-conceived and beautifully crafted, can be easily damaged. The other reason is that the soundtrack vinyl is no longer for sale. I managed to buy this copy from a seller at Discogs, which was a thankfully quick and painless experience.

Twin Peaks: Fire Walk With Me is a 180 gram double-LP "cherry pie" vinyl, which is red and black marble. As of today, this one is still available to buy from Death Waltz.

Adventures in picking through USED vinyl: 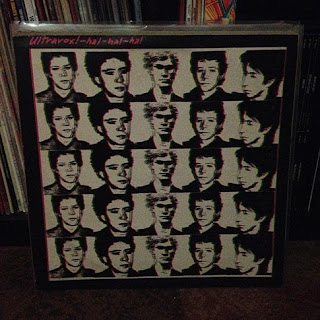 The first 10,000 copies of Ultravox!'s Ha!-Ha!-Ha!, one of the illustrious pieces of punk ancestry turning 40 this year, included a 7" single.  I didn't find that version in the USED bins, but I did find a copy of the album for $13.

As Simon Reynolds continues to influence my buying habits of late, having spent literal months working through his very thorough examination of post-punk via his book, Rip It Up and Start Again: Postpunk, 1978-1984, (which I highly recommend if you haven't read it), I will walk out of any record store holding at least ONE album by a band he's discussed.  Having slipped completely past my radar, Ultravox! is a new point of interest and Ha!-Ha!-Ha! is a great listen and I imagine that it blew more than a few British minds in 1977, along with Wire's Pink Flag and Spiral Scratch by The Buzzcocks, to name a few.  There was more to '77 than The Sex Pistols and The Ramones.

For "Fear in the Western World" alone I'm happy to picked this one up. 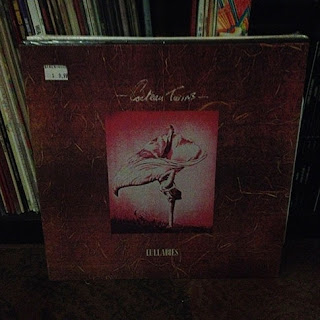 Short and sweet.  Cocteau Twins is another band whose catalogue I've been lax in absorbing.  Lullabies was $10, a reasonably priced first Cocteau Twins album to acquire, especially since the reissued LPs were pushing $30 or more. 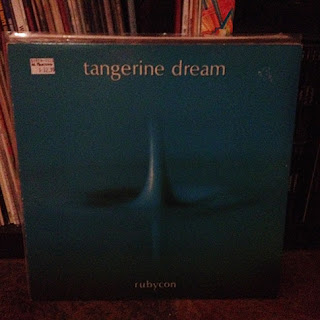 The clerk behind the register picked up this Tangerine Dream album as I was being rung up and told me with all certainty, "This is a good pressing."  So, Rubycon was the first of the day's purchases that I listened to.  And the clerk is right: It sounds great for being a 41 year-old import.  And while I'm familiar enough with the work of Tangerine Dream, I experienced a level of sonic immersion that I wasn't expecting.  It's hypnotic. 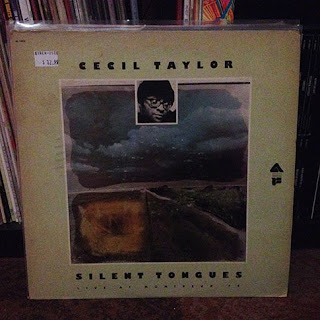 I haven't given this one a spin yet, but I know Cecil Taylor well enough to know that I'll have to blast this when the house is empty.  For some, free jazz in a live setting isn't the most agreeable thing. 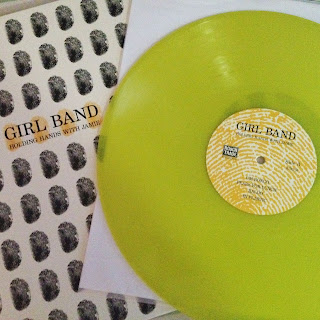 Girl Band's 2015 debut, Holding Hands With Jamie, was one of my favorite releases of 2015.  So, when I saw a discounted copy for sale, I was quick to grab it.  I was pleasantly surprised to find out that it was a limited edition yellow vinyl.  I got it for $14.

For fans of The Pop Group, Pigbag's two-song 7" was only a couple bucks.  Looks legit: not a reissue.  Aside from a couple pops, the 7" plays well.  The title track is all groove and brass.

The only other Godzik Pink track I have is on the If The Twenty-First Century Didn't Exist It Would Be Necessary To Invent It compilation from 5 Rue Christine.  "Nursery Lime" is a 4-song 7" released by Sympathy for the Record Industry as part of the New Musical Science Series.  It's a loud, choatic, and jazzy listen. 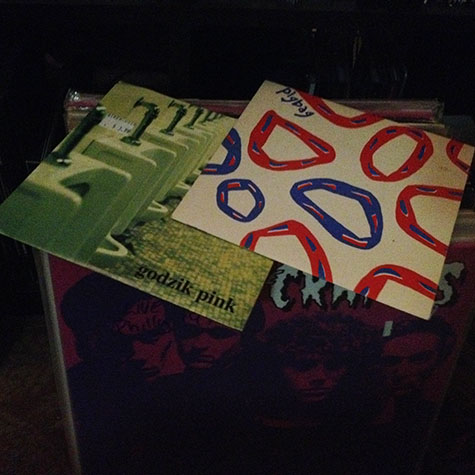