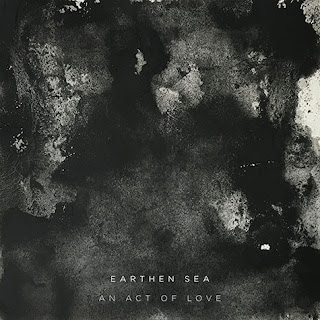 Earthen Sea’s An Act of Love was conceived as a meditation on a quiet night in a city. The solo tag of Jacob Long, former bassist for the jarring D.C. band Black Eyes and the ritualistic dance punk band Mi Ami, Earthen Sea constructs atmospheric pulse-scapes which, at times, pose ethereally charged sounds and soft and distant textures against club beats. This is especially true of “About That Time,” its pensive disposition layered and slowly realized next to the beat that pushes everything forward.

While contemplative in mood, there is a calm and a bliss to this work, its introductory track, “The Present Mist,” offering entry into Long’s perspective, which seems more concerned with the faraway gaze as opposed to the granular exploration. Romance is exchanged for grit and there’s so much air here despite sounding so full. Long’s attempts at conveying what he calls, “the concept and reality of being out in the city at night,“ are mostly successful, though his more tonal excursions sound incomplete relative to tracks like “Exuberant Burning” or “The Flats 1975.” Even on nights when the city is at its least active, there’s an energy to the environment that never seems to rest, which is why the more percussive tracks resonate with me a little more.

With all that said, what I hear is a very strong EP, Long’s narrative best told when motion is paired with the album’s more thoughtful and absorbing moments. 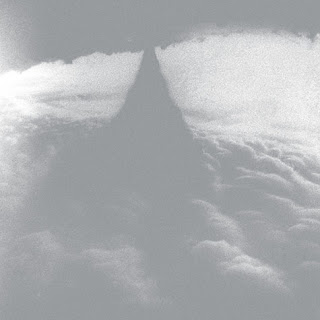 English pulled the title Cruel Optimism from a text by author Lauren Berlant and acknowledges its influence on much of you’ll hear in Cruel Optimism (his record), an album of protest which plays as an array of tonal mood pieces and ghostly cries from a damaged orchestra comprised of Mats Gustafsson, Mary Rapp, Brodie McAllister, Heinz Riegler, Thor Harris, Norman Westberg, Tony Buck, Chris Abrahams, Vanessa Tomlinson, and Warner Dafeldecker.  Listen deep enough and you may find a melody, (“The Quietest Shore” is reductive enough early on to allow this to happen, a vibraphone handled by ex-Swans Harris), but your ears will be otherwise tasked with sifting through the sonic mire of English’s vision.  The unsettling thunderous shocks of “Hammering a Screw” standout as does “Exquisite Human Microphone,” busy rounds of left handed piano strokes from Abrahams buried beneath a series of weighty swells from Gustafsson’s saxophone.  “Negative Drone” can be taken literally.

While the album’s chilling language is meant to acknowledge, with a dark perception and implied uncertainty, the world as we currently know and understand it, it’s easier at points to consider this work as more of an icy realization of the way things are than a product of meaningful resistance. He captures isolation and distance well, his structures anxious and heavy.  “Somnambulist,” however, is one of English’s rallying pieces, a suggested righteousness that’s compelling to hear. But as it transitions into “Moribund Territories,” with some of the prior track’s elements still in place, its spirit settles and slowly grows cold.  Powerful, but cold:  As perfect a summary of Cruel Optimism as can be expressed.