- March 09, 2017
A subtly dialed up metronome set to an expansive and hypnotic red-eyed blues, “Tomorrow is Forgetting” is the first single from Virginia’s own Pontiak, their new album, Dialectic of Ignorance, releasing March 24th via Thrill Jockey Records. An altered gaze set to the horizon as its minutes glide by, “Tomorrow is Forgetting” stays with you long after the track is finished, Pontiak’s fluid riff and thick low end a veritable slow ride through some ever-long sonic flatland.

All information on Pontiak and Dialectic of Ignorance was provided by Thrill Jockey Records. 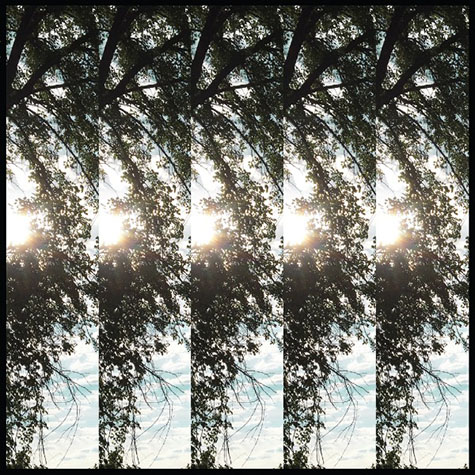 With their new album Dialectic of Ignorance out later this month, Pontiak have unleashed the merciless first single "Tomorrow is Forgetting".

Dialectic of Ignorance’s expansive structures echo the rugged, hazy climbs of the Blue Ridge Mountain setting of Pontiak's lives, but don’t be fooled; this is no mere collection of pastoral instrumental landscapes. Having opened their own brewery in August 2015, the Carney brothers have had the opportunity to reassess their creative process through brewing. The lessons learned from this experimentation have had a formative effect on the both the process underlying and subsequent sound of Dialectic of Ignorance.

Potent from the first note, “Tomorrow Is Forgetting” fuses Van Carney's tenacious, stony guitar riffing with his brothers' blistering vocal harmonies, in a five minute minimalist stoner opus that relentlessly cranks up the intensity. While Dialectic of Ignorance is not directly a political album per se, guitarist/vocalist Van Jennings asserts that “The message we want to get across is the importance of being present in the moment. Maybe everything is fucked. But you can do something about that.”

Dialectic of Ignorance is out on Thrill Jockey on March 24th.

In support of Dialectic of Ignorance, Pontiak will also be embarking on tours throughout Europe and the U.S., including a set at Berlin's Desertfest.