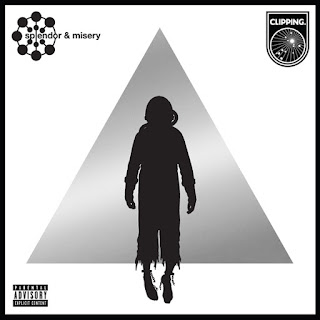 Splendor & Misery is currently available for purchase at Sub Pop and Deathbomb Arc.  The video and all associated links and info come to you courtesy of Sub Pop.

In further exciting news, Clipping’s Splendor & Misery has been shortlisted for the “Best Dramatic Presentation (Short Form)” category of the Hugo Awards, which are given for specific works of science fiction or fantasy in the preceding calendar year. The awards ceremony will be held at Worldcom 75 in Helsinki, Finland on August 11th, 2017.

Later tonight (April 4th), Clipping will appear as support for the Flaming Lips in St. Petersburg, Florida at Jannus Live.