- June 14, 2017
Chelsea Wolfe's despair is sublime. Inasmuch as it seems callous to luxuriate in one’s sorrow, it’s difficult to hear Wolfe’s vocal in “16 Psyche,” lead single from her upcoming new album, Hiss Spun, and not acknowledge that hers is an expression both powerful and breathtaking. While the added impact of the track’s solid bottom and viscous riffed melody intensifies its resolve, Wolfe brings a considerable amount of vulnerability to the dynamic, her phrases ethereally shrouded and delicate. It’s a thoughtful combination of sounds, aggression a vehicle that Wolfe adorns with something else entirely. This isn’t necessarily a new aspect of her sound: “Dragged Out” from her 2015 album, Abyss, worked similarly in a marriage of brawn and beauty that I found particularly engaging.

Hiss Spun is scheduled to release on September 22nd via Sargent House. All release info, links, and tour dates were provided by Rarely Unable. 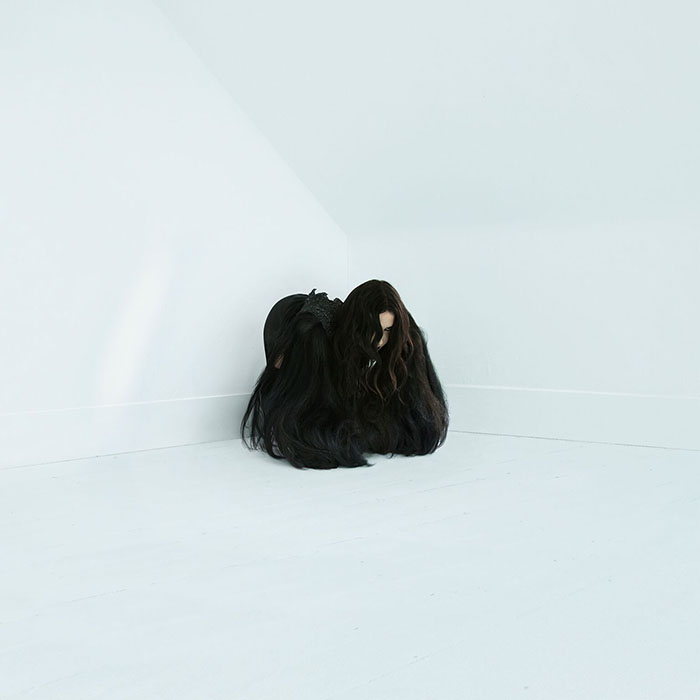 Chelsea Wolfe has announced the release of Hiss Spun, her sixth album, this afternoon, upcoming via Sargent House 22nd September. Additionally, Wolfe has some remaining European dates, and has announced an extensive Autumn tour of North America. A full list of dates is below.

Following her acclaimed 2015 album Abyss, Hiss Spun is at once dynamic, heavy, and raw. Recorded by Kurt Ballou (Converge), the album was conceived as an emotional purge, a means of coming to terms with the tumult of the outside world by exploring the complexities of one’s inner unrest. “I’m at odds with myself,” she explains. “I got tired of trying to disappear. The record became very personal in that way. I wanted to open up more, but also create my own reality.”

“What I want is to open up. I want to know what's inside me. I want everybody to open up. I'm like an imbecile with a can opener in his hand, wondering where to begin—to open up the earth. I know that underneath the mess everything is marvelous. I'm sure of it.” - Henry Miller

Digging beneath the mess of the world to find the beauty underneath is perhaps the most consistent theme in Chelsea Wolfe’s expansive discography—a theme that ties together her ceaseless explorations in unorthodox textures, haunting melodies, and mining the grandeur embedded within ugliness and pain. With her sixth official album Hiss Spun, Wolfe adopts Miller’s quest to become empowered by embracing the mess of the self, to control the tumult of the soul in hopes of reigning in the chaos of the world around us. “I wanted to write some sort of escapist music; songs that were just about being in your body, and getting free,” Wolfe says of the album before extrapolating on the broader scope of her new collection of songs. “You’re just bombarded with constant bad news, people getting fucked over and killed for shitty reasons or for no reason at all, and it seems like the world has been in tears for months, and then you remember it’s been fucked for a long time, it’s been fucked since the beginning. It’s overwhelming and I have to write about it.”

Hiss Spun was recorded by Kurt Ballou in Salem, Massachusetts at the tail end of winter 2017 against a backdrop of deathly quiet snow-blanketed streets and the hissing radiators of warm interiors. While past albums operated on the intimacy of stripped-down folk music (The Grime and the Glow, Unknown Rooms), or the throbbing pulse of supplemental electronics (Pain Is Beauty, Abyss), Wolfe’s latest offering wrings its exquisiteness out of a palette of groaning bass, pounding drums, and crunching distortion. It’s an album that inadvertently drew part of its aura from the cold white of the New England winter, though the flesh-and-bone of the material was culled from upheavals in Wolfe’s personal life, and coming to terms with years of vulnerability, anger, self-destruction, and dark family history. Aside from adding low-end heft with gratuitous slabs of fuzz bass, longtime collaborator Ben Chisholm contributed harrowing swaths of sound collages from sources surrounding the artist and her band in recent years—the rumble of street construction at a tour stop in Prague, the howl of a coyote outside Wolfe’s rural house in California, the scrape of machinery on the floor of a warehouse at a down-and-out friend’s workplace. Music is rendered out of dissonance—bomb blasts from the Enola Gay, the shriek of primates, the fluttering pages of a Walt Whitman book are manipulated and seamlessly integrated into the feral and forlorn songs of Hiss Spun.

The album opens with the sickening bang of “Spun”, where a lurching bottom-heavy riff provided by Chisholm and Troy Van Leeuwen (Queens of the Stone Age, Failure) serves as a foundation to a sultry mantra of fever-dream longing and desire. The first third of Hiss Spun—whether it’s the ominous twang and cataclysmic dynamics of “16 Psyche”, the icy keyboard lines, restless pulse and harrowing bellows of Aaron Turner (Old Man Gloom, SUMAC) on “Vex”, or the patient repetition and devastating choruses of “The Culling—all carry the weight of desperation, lost love, and withdrawal. Wolfe’s introspection and existential dread turns outwards to the crumbling world around us with “Particle Flux”, an examination of the casualties of war set against an aural sea of static. White noise is a constant thread through Hiss Spun, with Wolfe finding solace in the knowledge that radio static is the sound of the universe expanding outwards from the Big Bang—a reminder that even dissonance has ties to creation. The electronic thump of “Offering” serves as an ode to the Salton Sea and the encroaching calamities stemming from climate change. The obsession with white noise and global destruction carries over into “Static Hum”, where the merciless percussive battery of Wolfe’s former bandmate and current drummer Jess Gowrie helps deliver the dire weight of a sonnet dedicated to a “burning planet.” By the time the album closes with “Scrape”, Wolfe has come full circle and turned her examinations back inward, reflecting over her own mortality with arguably the most commanding vocal performance in her entire oeuvre.

“The album is cyclical, like me and my moods,” Wolfe says of Hiss Spun. “Cycles, obsession, spinning, centrifugal force—all with gut feelings as the center of the self.” And it’s an album that Wolfe sees as a kind of exorcism. “I’m at odds with myself…I got tired of trying to disappear. The record became very personal in that way. I wanted to open up more, but also create my own reality.”

Every Chelsea Wolfe album is cathartic, but never before has both the artist and her audience so desperately needed this kind of emotional purging. Sargent House is proud to release Hiss Spun to the world on September 22nd, 2017.