It’s been 2018 for a week now. The intensity of the Holidays often leaves very little time for me to reflect on the prior year or get my list of favorite albums posted before everyone's touching champagne glasses in honor of the next 365 days, so hopefully you won't have any difficulty ingesting yet another one of these. I'm at least far enough away from mid-December's EOY onslaught that maybe you've had time to breathe before giving this list a gander. Or, maybe it's an irrelevant list at this point and I'm wasting my time. Either way, let's talk 2017:

For the annual "Omissions & Lamentations" category, probably my biggest, most venial sin was not checking out Mount Eerie’s A Crow Looked At Me, which was Phil Elverum’s conceptual tribute to his recently deceased wife, Geneviève Castrée (Ô PAON). Sometimes, with the amount of music that hits my inbox over the course of the year, the obvious or essential records wind up being pushed off. The same thing happened with the last METZ release, Strange Peace, Hiss Spun by Chelsea Wolfe, Thundercat’s Drunk and that self-titled LP from Ty Segall. Oh, and Wire put out Silver/Lead. I think if I can say anything about 2017, it’s that I was apparently a neglectful fan.

There were also a handful of artists that I didn’t get to check out, namely SZA, Sampha, the latest Oddisee LP, The Iceberg, World Eater by Blanck Mass, Laura Marling, Narkopop by GAS and two Stones Throw acts I heard a couple tracks from, The Stoeples and Sudan Archives.

I also missed comeback releases from Gorillaz (though the couple songs I heard didn’t really grab me), At the Drive-In, Slowdive, and Ride.

I did, however, make a strong, albeit unnecessary and misguided, attempt to better acquaint myself with the so-called Soundcloud/mumble rappers that had releases this year. I checked out Lil Uzi Vert’s Luv Is Rage 1.5, which I really hated. Young Thug’s Beautiful Thugger Girls, which sounded to me like a less interesting facsimile of every folky Wyclef song. Its inclusion of acoustic instruments doesn’t make it unique or daring. I also tried to sit through Lil Peep’s Come Over When You’re Sober, Pt. 1. In light of his death via overdose, I wanted to check out his one and only album. I wish I could say I liked it.


As for disappointments, Villains, Queens of the Stone Age’s follow up to 2013’s excellent …Like Clockwork, was producer Mark Ronson’s lightweight attempt at figuring out how rock n’ roll works. My concern with Ronson’s involvement was validated by that first single, “The Way You Used to Do,” easily the most comically saccharine track QOTSA has ever produced. Ronson excels at pastiche, his talents limited to repackaging Motown and Prince for modern audiences. I can credit Ronson with diluting one of my favorite bands of all time, but Josh Homme phoned this one in as well. Mediocre to say the least.

Kendrick Lamar’s DAMN didn’t quite resonate despite containing two of the best singles I heard this year, "DNA" and "Humble." Japandroid’s over-anthemic, Near to the Wild Heart of Life, was my least favorite album of the year and Mark Lanegan’s Gargoyle was pretty forgettable as well.

Anyway, without further unnecessary commentary from me, here's the list:

"While I wouldn’t put Uniform’s brand of anxiety and the discomfort they generate to the level of labelmate Pharmakon, an artist of similarly dark and mechanized persuasion, Uniform’s American nightmare is relatable and honest, revealing the dangers of dependency, the want of escape, and the problematic effects one can experience while trying to end that bond. One can’t say that there’s hope within the contents of Wake in Fright, (one might even say it’s a tad overwrought), but it’s a story worth telling nonetheless." — 1.26.17 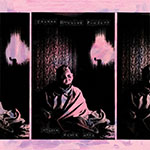 “The music is frantic, abrasive, and strange. But rock and good sense are both dead, so there’s no real excuse to keep the art form relegated to nostalgia. Nor is there any excuse to settle for less than what this album has to offer." – 7.31.17 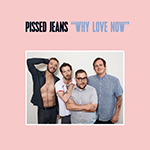 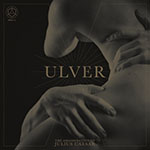 9). Ulver — The Assassination of Julius Caesar (House of Mythology)

"It was with a heavy and resolute stride, synthesized embellishments softening the brunt of its initial push, that Ulver’s 2017 release, The Assassination of Julius Caesar, was announced. Its lead single, 'Nemoralia,' sounded as determined as it did hypnotic, vocalist Kristoffer Rygg offering an impassioned performance overtop a soundscape boldly comprised of electronics and hooks. The single summed up Ulver’s 13th release perfectly, The Assassination of Julius Caesar, proudly being dubbed 'their pop album,' though not as a means of connection with trends. With reverence to the synth-pop of yore and Ulver’s already adept command of the darker side of things, the group revels in the opportunity to sound sleek and melodic, reaching levels of excellence with the infectious and catchy (yes, catchy!) 'Rolling Stone,' the tonal gloom of 'So Falls the World' and the beautifully harmonized '1969.'" – transcribed from No Ripcord's Top Albums of 2017 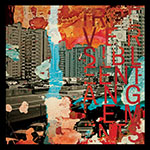 "In the tradition of We Insist! from Max Roach’s Freedom Now Suite, Gil Scott-Heron’s Small Talk at 125th and Lenox, or Archie Shepp’s The Magic of Ju Ju, Irreversible Entanglements’ self-titled debut evokes the era of Civil Rights informed protest jazz, the often explosive, free flowing combination of sound and commentary a stinging, unapologetic, and impressionable musical statement. Led by poet Camae Ayewa (a.k.a., Moor Mother), Irreversible Entanglements’ mode of conveyance is handled with an appropriate and necessary amount of chaos, improvised storms of snare and hi-hat generating unease throughout 'Chicago to Texas' and an Albert Ayler-sized pairing of brass announcing frantically the opening of 'Enough.'" – 10.12.17 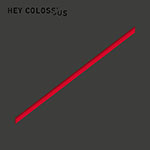 "Albini-level sonic tumult can make a compelling case by itself with or without a song’s lyrical intent. And if said tumult offends? Well, you were likely its target. As the tilted and persistent rhythm of 'Back in the Room' exhibits well Neu!'s belief in listener immersion through repetition, Hey Colossus, the noise-oriented rock unit responsible for the battery being addressed, also revel in the perverted evangelistic tone of The Jesus Lizard. An attack on the senses? Only if you’re the target. The Guillotine, latest LP and third Hey Colossus release for Rocket Recordings, is an eight-song trove of volume, emotional density, and social critique, its commonalities with sounds cultivated by labels like Touch & Go and Amphetamine Reptile not so much evidentiary of retread as they are respectful and refreshing pulls from an era of dissonant rock plentitude." – 6.29.17 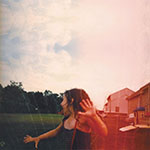 "Throughout the length of Opposites, Parlor Walls recalibrates NYC Fringe while borrowing its convulsive free jazz cues from The Pop Group, the results a wiry, jazz-infused, often dissonant and fascinating work of art pop that recalls the creative angularity of early Blonde Redhead and the most abrasive aspects of Mars, DNA, and Sonic Youth. As a vocalist, (Alyse) Lamb exudes a delicate balance of vulnerability and angst, her demeanor liable to swing any which way the music requires, a corresponding melodic sensibility often giving way to more aggressive and abstract reactions." – 4.27.17 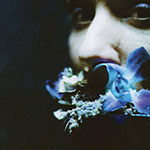 "'Brainshift came like a tidal wave…,' a haunting note is held in place as Circuit des Yeux - the creative moniker worn by composer Haley Fohr - introduces Reaching for Indigo with this verse. A patient opener to the fifth Circuit des Yeux album, 'Brainshift' could be taken as an overture, the ensuing and slow realization of this ensemble-level effort taking effect at about halfway through the following track, 'Black Fly,' whose acoustic strings are plucked and bowed in an arrangement so lush, it demands a second or third listen almost immediately. The same can be said for the rest of this album. With a deep level of orchestration added to what is essentially a folk record, Reaching for Indigo is a stunning work, Fohr adroitly building anticipation ('Philo'), splicing together sounds that seem completely at odds ('Paper Bag') and conjuring tones both melancholic and heavenly ('Falling Blonde'). Was Circuit des Yeux’s Reaching for Indigo the most objectively beautiful release of 2017? If not, first place couldn’t have been too distant." – transcribed from No Ripcord's Top Albums of 2017 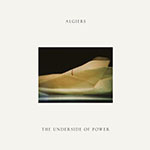 3). Algiers — The Underside of Power (Matador)

"Merging this bitter pill of our political and social reality with a tent revivalist’s understanding of how post-punk works, Algiers’ excellent second LP, The Underside of Power, considered both the message and its package. With commentary relevant to the age, Algiers navigates 'left of the dial' while capitalizing on gospel’s intent to awaken souls, the results thrilling, distinct and powerful. Producing what was one of the more striking singles of the year with 'Cleveland,' the city’s name used as reference to the senseless murder of 12-year old Tamir Rice at the hands of the police in 2014, The Underside of Power casts stones at formidable opponents: fascism ('Death March'), apathy ('Hymn for an Average Man') and the current occupant of the White House ('Animals'). Still, even if the view isn’t always uplifting, Algiers never burden listeners with cynicism or a sense of inevitable defeat." – transcribed from No Ripcord's Top Albums of 2017 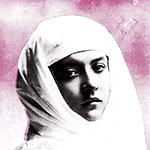 "Relatives in Descent is Protomartyr’s fourth LP, and first for Domino Recording Company. With a sound that maintains relevancy in the modern age as the band keeps true to a form that’s existed thirty-plus years, Protomartyr’s Detroit Rock interpretation of post-punk seems to gain something with every album they produce, a sensibility that’s somehow detectible but difficult to define or pinpoint. With entrancing drum patterns and minimalist-to-maximalist guitar phrasing as his backdrop, Casey’s poetic declarations, delivered as if channeling The Fall’s Mark E. Smith or Let Love In-era Nick Cave, are serious without being forceful, at times off rhythm though not in a distracting way." – 9.29.17

19). The Body & Full of Hell — Ascending a Mountain of Heavy Light

46). Japandroids — Near to the Wild Heart of Life

Sincerely,
Letters From A Tapehead
-->
Labels: best of