Some songs to end the week. Enjoy!

Tera Melos also launch extensive North American tour dates in November, first headlining with support from Mouse On The Keys, followed by the main support slot on the farewell tour of Minus The Bear. Please see dates below.

Treasures and Trolls will be available November 2nd, 2018 on 7" vinyl and download via Sargent House. Pre-orders are available HERE (all store & streaming links) and via HelloMerch and Bandcamp. 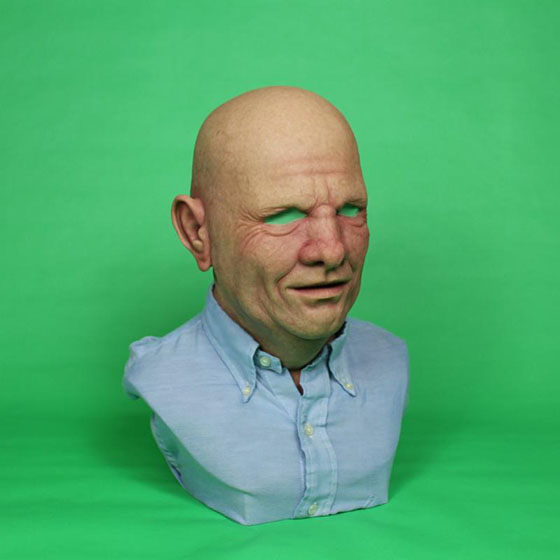 Towards the Shadow, the third full-length from Wume, the Baltimore duo of April Camlin (drums, vocals) and Albert Schatz (keyboards, electronics), offers eight exploratory, polyrhythmic jams taking the listener on an excursion deep into inner space—not as a form of escape, but rather in search of purpose and personal liberation in a time of chaos.

While Wume draws much inspiration from past masters, with a particular rooting in German cosmic sounds of the 1970s, their music has always celebrated forward-motion and growth—the name “Wume” both nodding to the hometown of the legendary band Faust and homonymously suggesting gestation. Towards the Shadow announces a new phase for the band featuring a bold expansion of their palette, distilling influences as different as Francis Bebey, Midori Takada, Erkin Koray, and Alice Coltrane into interdimensional songs born of profound personal change. While Wume’s sound remains rooted in crisp, precise, and dizzyingly intricate percussion worthy of comparison to Can wedded to harmonic synth patterns and kaleidoscopic electronic textures, Towards the Shadow also features guitar, treated violin, hand percussion, field recordings, and, on “Pool of Light,” a player-piano improvisation (an instrument borrowed from Dan Deacon, with whom both Camlin and Schatz frequently collaborate).

Significantly, Towards the Shadow centralizes vocals and lyrics more than any prior Wume outing. It’s not simply that Camlin’s voice is more dominant in the mix. Once employed to ride waves of sound or convey abstract feeling, Camlin’s lyrics here grapple head-on with deep philosophical issues probed during an intense period of reading, self-teaching, and focus on her artistic practice in weaving, resulting in real breakthroughs and dramatic shifts in perspective.

On standout “Shadow,” Camlin sings about facing the darkness that many bright and creative people bury deep within. Lyrics like “I embrace my shadow/It’s the self that I know/Go below the ego/And welcome your shadow/Repression serves no one/And limits our freedom” affirm a willingness to not only confront the most secretive aspects of ourselves but learn to love them. “Pool of Light” reconjures dream images Camlin experienced over the course of crafting this record; “It’s Okay” champions an acceptance of human impermanence unreliant on religion or a belief in any afterlife; and “Functionary” even features a reading from Herbert Marcuse’s Eros and Civilization, a transformative and empowering text for Camlin.

Wume hail from the collaborative, radical, and highly varied Baltimore music scene that includes such artists as Dan Deacon, Abdu Ali, Horse Lords, Raw Silk, Smoke Bellow, and Chiffon, and Towards the Shadow offers one of this community’s most exciting and essential documents yet. This is a record that looks within and asks listeners to do the same, a record that has the guts to give its listeners not only diversion, but challenges: to know themselves better; to question and confront systems of power; to not just keep going, but keep growing. But Wume never ask for more than they give; each time the listener takes Towards the Shadow’s illuminating journey through to the album’s stunner of a closing track “GenSeq,” they’ll find their inner battery recharged, their ears and mind newly attuned to the complex worlds they face—both within and without.

Zealotry: "At the Nexus of All Stillborn Worlds"
(via Clawhammer PR / Unspeakable Axe Records / YouTube)

Two years after their last full-length, ZEALOTRY are back with their newest offering (and first with Unspeakable Axe Records), titled At the Nexus of All Stillborn Worlds. This is progressive death metal at its most uncompromising, dense with intricate riffs, elaborate bass lines, mind-melting lead guitar work and more. Clean choral vocals add a Timeghoul-ish aspect to certain songs; in other places, bewildering effects occasionally will warp a track into an aural acid trip. Elaborate structures occasionally peel back to reveal a Chasm-inspired melodic development.

Featuring a member of Chthe'ilist and influenced by a broad palette of death metal explorers including At the Gates, Obliveon, Brutality, and Atheist, At the Nexus of Stillborn Worlds is a dizzying new peak in ZEALOTRY's 13-year history. Experience eight tracks and nearly 43 minutes of some of the most dense and rewarding music death metal has to offer, on CD, cassette and digital platforms from Unspeakable Axe Records.

Fuzz rock trio Under have released the brand-new video for the track “Traitors Gate”! The clip, which premiered recently on Echoes and Dust, shows the band performing while stripped half nude while chained and gagged. Shot in a grainy, weathered VHS style it fits perfectly with the trio’s lo-fi, bass heavy sound.

When asked on the theme behind the video, the band stated: "Lyrically 'Traitors Gate' is a rant about cutting someone off for being a piece of shit. We wanted to create a video that was suitably demented, unsettling and reflected our DIY ethos. We’ll leave it to your imagination why we had chains and masks so readily to hand".

Their new album, Stop Being Naïve, is set for release via APF Records on October 30th.

Under are a trio from Stockport, Greater Manchester. Formed in 2016. Though rooted in the blueprints of Sludge and Doom Metal, their sound is harder to pin down with elements of Prog, Noise and Avant Garde creeping in. Under play with jagged, slow, off kilter riffs that tease the listener into a false sense of security with dark and abstract lyricism evoking a trippy and sinister unease. The trio cite the likes of Swans, Mr. Bungle, The Melvins and Radiohead as prime influences.

After the success of their debut EP First Attempt in 2015, Under built up a solid reputation playing frequent live shows in and out of Manchester. In 2016 they embarked on a successful UK mini-tour with Kurokuma.

in 2017 Under signed to APF Records and released Slick, their highly anticipated debut full length album, completely self-produced and recorded by the band themselves. The trio successfully built on everything they had been working towards, carefully fine-tuning every detail on the record. ‘Slick’ was an eclectic listen - chock full of crushing riffs, odd time signatures, and a mixture of aggressive screaming vocals and more relaxed tripped out clean sections. All three band members provided vocals, often harmonizing together to create epic melodic textures.

In support of the “Slick” Under played live shows throughout 2017 and early 2018: both as headliner and as support to Whores, King Parrott, Church of the Cosmic Skull, Slabdragger, Elephant Tree, The Hyena Kill, Hundred Year Old Man, Gurt, Part Chimp, Primitive Man and Slomatics. They also played the Dreadfest, Cvltfest and Gizzardfest Festivals and the APF Records Showcase in Manchester.

This project is the exciting, unusual and at times unexpected result of five musicians from different backgrounds getting together and making music. This unlikely group that features a scientist on piano and an array of musicians from different places around the world is able to communicate on a level that is not only beyond planning and speech but also rational thought. The resulting music goes from moments that are exquisitely soft to deep juicy grooves. When studied attentively, it’s as if you are entering into the musicians’ collective subconscious. The chemistry of this group is so particular and unique, it is as if the music is being driven by a telepathic understanding, hence the title of their debut album Telepathic Alliances (577 Records, 2017) and this second work, Telepatia Liquida, recorded live at the Forward Festival 2017.

Daniel Carter, Matthew Putman, and Federico Ughi have been collaborating closely for the last ten years. Their first album, The Gowanus Recordings, was released in 2009.

Daniel Carter was born in Pennsylvania and grew up in Massachusetts. His musical background includes recording and performances with legendary artists such as Sun Ra, Yoko Ono, Cecil Taylor, Living Colour, TEST, Other Dimensions In Music, MMW (Medeski Martin and Wood), Jaco Pastorius, Sonic Youth and many many others. Pianist Matthew Putman grew up in Ohio where he studied classical music and theatre. He is a renowned scientist and educator, best known for his work in nanotechnology, the science of working in extremely small dimensions. Drummer Federico Ughi grew up in Rome, Italy. He has developed his own style through the years, studying with master Ornette Coleman and playing and touring the world with celebrated bands like The Cinematic Orchestra and Blue Foundation.

The other members of the group are Texas-born clarinet player Patrick Holmes (a brilliant up-and-coming member of the New York downtown scene) and veteran bassist Hilliard Greene, a mainstay of the avant-garde for the last 20 years. He has played with Cecil Taylor, Don Pullen, and Charles Gayle among many others.

Daniel Carter’s poetry is featured on the inner sleeve of these exclusive limited edition vinyl LPs.

This group will celebrate the release of this album by performing a set at the Forward Festival 2018.

This is an exclusive limited edition of 300 hand-numbered vinyl LPs, plus CD/digital album.

577 Records is proud to be celebrating its 17 year anniversary.

The legendary music master Daniel Carter was one of the first people 577 cofounder Federico Ughi met soon after arriving in New York from Italy, after a brief stint in London.

It was a meeting of like minds and shortly thereafter the two started a series of house concerts at 577 Fifth Avenue in Brooklyn, the apartment where Federico was living at the time.

The spontaneous nature of the concerts along with the incredible caliber of the deep downtown underground music they were able to present inspired them to bring the unique nature of what they were doing to a wider audience and they founded the label 577 Records to further that mission.

577 Records started the Forward Festival in 2015 to mark the momentous occasion of Daniel Carter’s 70th birthday. The festival has become an annual tradition and continues to delight audiences year after year with its surprising and eclectic lineup.

Pitchfork has premiered Mackenzie Davis and Carrie Coon's powerful acoustic cover of Heavens To Betsy's "Axemen" as performed in the indie film Izzy Gets the F*ck Across Town (2018). Like its 1994 predecessor, the stirring duet balances tenderness with raw fury and is available digitally for the first time from Kill Rock Stars!