Following my interview with David Yow, I was able to attend the Philly stop of The Jesus Lizard's current run of shows at Union Transfer. I want to state for the record that David Yow is 58 years old and I hope to possess an iota of the energy he burned through during that gig by the time I'm his age. I also never want to see a younger band or performer visibly worn out after a much less physically demanding show. The Jesus Lizard played three encores that were three to five songs apiece after an hour or more of constant crowd engagement, (i.e. body surfing, stage diving, being yanked), while pounding us all with decibel after decibel. The theater of it all was a sight to behold and I'm fortunate I had the opportunity to witness it.

This show review was also written for Philadelphia's The Key. Please check out the live photos by Josh Pelta-Heller, because my iPhone shots are nowhere near as good.

The Key: The Jesus Lizard at Union Transfer, 9.8 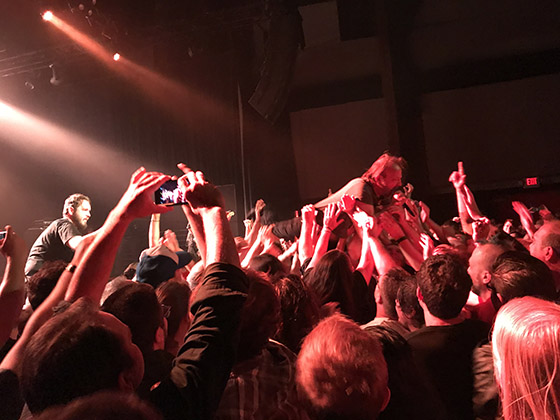 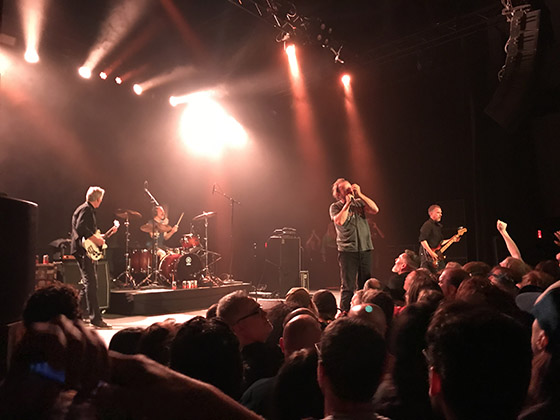 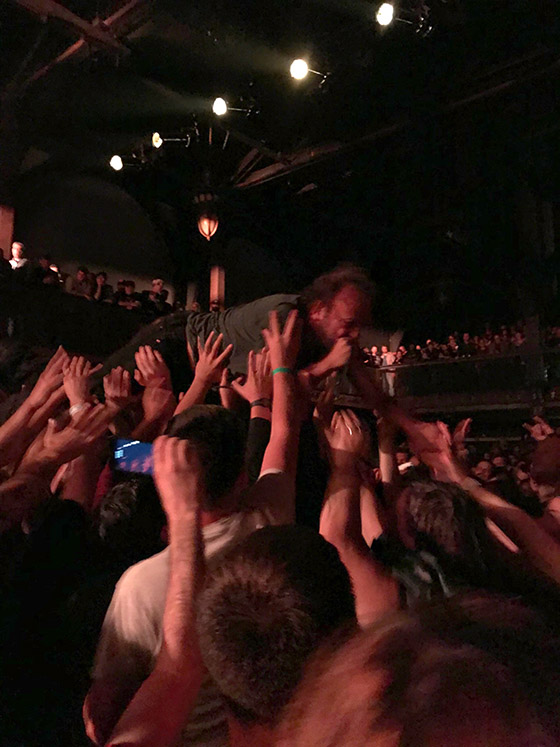 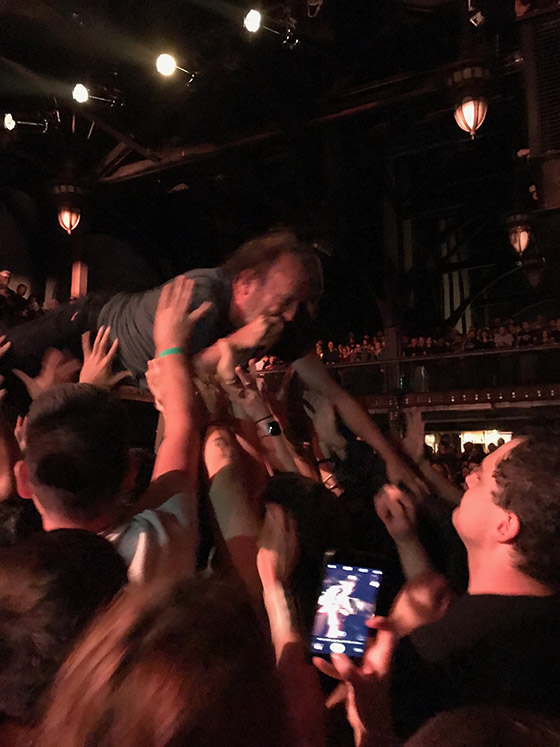 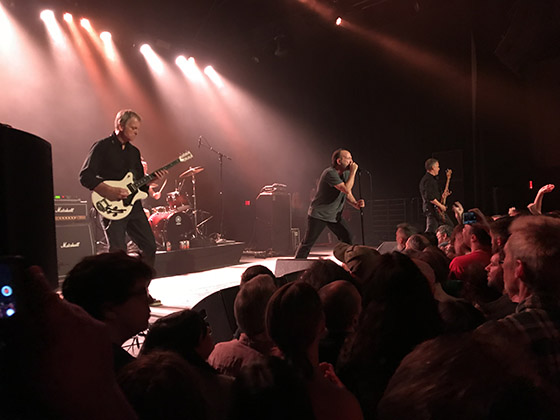