In the interest of full disclosure, this is the second time I'm writing this introduction. For some reason, the entry didn't save, so the few hours I spent writing over the weekend were sadly wasted.

If I had to sum up 2018, I'd first say "great music." To follow that, my coverage was far from consistent and I listened to nowhere near as much I wanted to. My list of Omissions & Lamentations is fairly high, keeping in mind that High On Fire released an album, (the excellently heavy Electric Messiah), that was not included in my year end list. I was not only a bad fan, but resistant to much of the audible goodness that had been plugged and pushed over the course of the year. My day job had a lot to do with this, as the exhaustion levels that I'd experienced at points were astoundingly pervasive and really cut in to my ability to think clearly or analytically. Or, even just listen patiently. With that said, I'm hoping for better, more active and engaging output in 2019. And while I understand that blogs are no longer a very popular format for social interaction and the dissemination of news or opinion-driven content, I still enjoy writing so Letters From A Tapehead will remain active. In an effort to branch out, however, since videos and podcasts are the way to go these days, I do have a YouTube channel that I'm going to use more this year. My family recently acquired a GoPro, which should help with the image clarity, though it won't do much for my garbled commentary.

Coming back to my Omissions & Lamentations for 2018, I'd like to acknowledge also that I missed Ty Segall's Freedom's Goblin, JPEGMAFIA's Veteran, New Material by Preoccuptions, Dirty Computer by Janelle Monáe (though I was not a fan of the "PYNK" single), Noname's Room 25, and Earl Sweatshirt's very recent Some Rap Songs. I also neglected to check out Dead Magic by Anna Von Hausswolff and The Dream My Bones Dream by Eiko Ishibashi, though I did post a single from this album.

I'm sure there are more. If anyone has any additional suggestions of records or artists I should check out, feel free to comment or get in touch.

"With regard to message music in 2018, it would be difficult to top the dance-punk and econo-funk of Wide Awaaaaake!, the sixth release from Parquet Courts. Topically relevant and accessible, the band’s eloquent social critique - including the declarative and memorable final line of the track 'Total Football,' which is 'Fuck Tom Brady' - fits well into their evocative interpretation of post-punk’s multi-genre idiom." – transcribed from No Ripcord's 50 BEST ALBUMS OF 2018 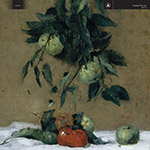 "Stylistically eclectic, or maybe even chaotic, Obey is a sublime release, its melancholic moments offered grace and any ounce of frenzy more subtle than overt. Even at its most distressing, especially for its title track, it’s as if Obey was treated with an ethereal sheen that glazes every component. Nothing sounds buried, just contained, enabling the listener with an opportunity to distill and absorb every sound as it’s meant to be heard without having to contend with jarring effects or alienating discordance. There’s no sign of creative restraint, but attention to the package overall." — 9.28.18 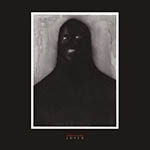 "While its abrasive nature is undeniably tied to the late 80s/early 90s onslaught of sound pollutant rock cultivated by indie labels like Sub Pop, Amphetamine Reptile and Touch and Go, KEN mode’s Loved spews enough corrosive vitriol and sturdy arrangements to sound peer-worthy as opposed to plagiarist. Following the more hook-laden, high energy pummeling of the Steve Albini-produced Blessed, Loved owes more to Unsane’s cathartic racket and the absurdist rock of Cows, hitting the near-metallic grind and collapse with 'He Doesn’t Feel Pain Like He Should' along with the melting bass riff and the out-of-nowhere brass in 'The Illusion Of Dignity.'With producer Andrew Schneider tweaking the knobs, his experience producing Unsane certainly applying here, KEN mode elevates their sonic outcry, hitting levels of discomfort with the subtly seasick 'Learning To Be Too Cold,' thrash-bred 'Not Soulmates,' and the manic combination of sounds in 'Fractures In Adults.'" – transcribed from No Ripcord's QUICK TAKES (AUGUST/SEPTEMBER 2018) 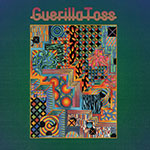 "Is this sardonic pop? Perhaps, but this is where Guerilla Toss seems content to find space for themselves, taking cues from the annals of post-punk’s most seminal period when funk, dance, rock, dub, and even hip-hop could co-exist and inspire other genres, developing a more dance-friendly brand of eccentric disco and avant electronics." – 9.24.18 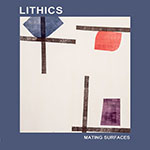 "What I hear are grafted swathes of unpolished notes, old, albeit inventive and roughly designed sounds attached to a modern band who grant them new opportunities to be discordant and meaningful. As post-punk and 1980s indie rock attempted to outrun the blues-plagiarist 60s and the snobbish academia and arena-cultivated, over-the-shoulder cock swinging hubris of the 70s, a band like Lithics is attempting to make a good rock record at a time when we’re led to believe that no one cares. If that’s true, then people are missing out: Mating Surfaces is a lot of fun." – 5.28.18 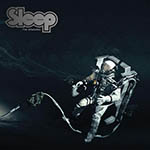 "Ending the four-year of silence since the 2014 single 'The Clarity,' Sleep, doom metal’s most blissed out trio, finally bestowed upon us its fourth LP dubbed The Sciences. Appropriately released on April 20th (FOUR-TWENTY, DUDE!), The Sciences follows the band’s gargantuan single-track LP, Dopesmoker, thankfully keeping up with an expected level of decibel purveyance and marijuana-concerned treatises ('Marijuanaut’s Theme,' 'The Botanist'). On the band’s first LP with touring drummer Jason Roeder, Al Cisneros (singer/bassist) and Matt Pike (guitars) retain (and maybe surpass at times) the established might and riff-dominant purity of their sound: beautifully elongated serpentines of bass tone charged by Pike’s masterful fretwork. The long-standing track 'Sonic Titan' (which appeared as a live bonus on the Tee Pee Records issue of Dopesmoker) introduces a three-song block of ten-plus minutes of excellence that includes the muck-riddled crawl of 'Antarcticans Thawed' and the perfectly titled 'Giza Butler.'" — transcribed from Phawker's THIS IS OUR MUSIC: Our Favorite Albums of 2018 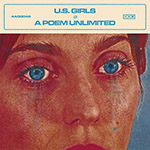 "Over the last 10 years, U.S. Girls has evolved from a lo-fidelity solo experiment into more of a collaborative entity, (Megan) Remy’s lasting creative partnerships with Max “Slim Twig” Turnbull and Louis Percival aiding her development. For In A Poem Unlimited, the Canadian-based multi-genre ensemble The Cosmic Range - of which Turnbull is also a member - were added to the roster, structuring disco loops and funk around Remy’s narratives, which our political climate seems to have finally caught up to. As activist hashtags #MeToo and #TimesUp bear weight and stage heavy resistance against a significant and still increasing population of men with power, Remy’s words prop up the cause, not quite providing the movement its anthem(s), but certainly offering its reason(s) why." – 2.21.18 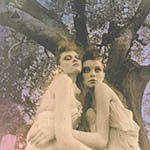 "If anything can be said about Magus, the fifth studio LP from Baton Rouge doomslayers Thou, there isn’t a single aspect of this record that isn’t pushed well into the red. Preceded by three EPs released earlier this year, The House Primordial, Inconsolable and Rhea Sylvia, Magus swells with an expectedly melancholic intensity, its doom-n-blues elevated by a captivating and immense array of riff-dominate thoroughfares which are navigated with an effortless fluidity. Though much of Magus is set to a crawl, not much by way of variation in speed or any true percussive irregularity, you can hear ideas being explored, songs like 'Inward' mutating over the course of its 11 minutes, while 'Elimination Rhetoric' basks in the gloriousness of its immensity. Without much by way of respite from volume, though the lovely intro to 'Sovereign Self' produces such a moment, Magus captures well the force of its players throughout its near 90-minute runtime, the culmination of which occurs in the album’s final track, 'Supremacy.'" – transcribed from No Ripcord's QUICK TAKES (AUGUST/SEPTEMBER 2018) 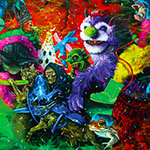 "As the stinging fragments from a six-string inject a corrosive agent into the song 'Chameleon Paint,' vocalist/guitarist Gareth Liddiard sings, 'Who’s screwing who, what, where, when, how, (wow!) … power gets let off every time.' His words are clever and acidic, expressed with an air of intellectual exhaustion that doesn’t let up. It’s appropriate that the post-truth hellscape is addressed by a band called Tropical Fuck Storm, A Laughing Death in Meatspace the band’s first LP. While no less packed with comment than Lilliard had been fronting the Australian noise punk of The Drones, Tropical Fuck Storm (also driven by ex-Drones bassist Fiona Kitschin, drummer Lauren Hammel and guitarist/keyboardist Erica Dunn) is less Gang Of Four than they are The Pop Group, a similar level of poetic critique and takedowns packaged and delivered with unsettling and risky discord, a veritable junkyard sculpture thoughtfully constructed from punk scraps, crusty psychedelia and a rhythmic articulation of ideas bred from the spoken word." — 11.16.18 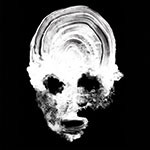 1). Daughters — You Won't Get What You Want (Ipecac Recordings)

"Deviating from the thrash-math havoc of their previous output, Providence, Rhode Island’s Daughters broke an eight-year absence of recorded material with You Won’t Get What You Want, a high-volume stress ball of pulsating bass rhythm and artfully conceived and unrelenting panic, segments of which could exist in Scott Walker’s eerily composed and terror-iced latter-day oeuvre. With the band’s rejuvenation evident, this departure from signature plays on tension, an underlying metronomic pulse as sounds rupture and wind, crawl or bleed. Keeping in mind the uptick of 'scary rock' that’s been finding audiences these days, not the isolated post-punk of The Soft Moon per se, but the unsettling air of Spectres or shriek-laden fits from groups like Uniform or The Body, You Won’t Get What You Want finds its own way to play sinister, employing undulating bass loops ('Satan In Wait'), all-out tonal onslaught ('The Lord's Song'), or gradual intensity ('Ocean Song'), compositional ideas demonstrated by the aforementioned Walker also finding commonality with Suicide and Swans." – transcribed from No Ripcord's 50 BEST ALBUMS OF 2018

17). Failure — In The Future Your Body Will Be The Furthest Thing From Your Mind (Self-Released)

Sincerely,
Letters From A Tapehead
Labels: best of