- July 13, 2019
If you follow me on Instagram, you may have seen that my family and I spent two weeks in Italy, fulfilling a lifelong childhood dream of my wife's and enabling our 11 year-old to experience life beyond the comforts of her suburban upbringing. She even got to end her school year a day early.

While I won't bore the two people reading this with the details of our trip, let's just say that being thrust back into our routine following our flight to Philly and the ensuing days at the office and home have left us a little sad. Following an impossible night of sleep the day after we landed, (the jet lag took a little while to overcome), I drove to the nearest Wawa for some breakfast, my mood in descent as road rage managed to take hold during a 5-minute drive along with the realization that I was back to Keurig cups and fast food after having treated myself to a series of sunny mornings, sitting outdoors and swallowing fresh cappuccino with fresh fruit and prosciutto. I know that you can change routines, but it's incredible how easily you can be thrust right back into autopilot. 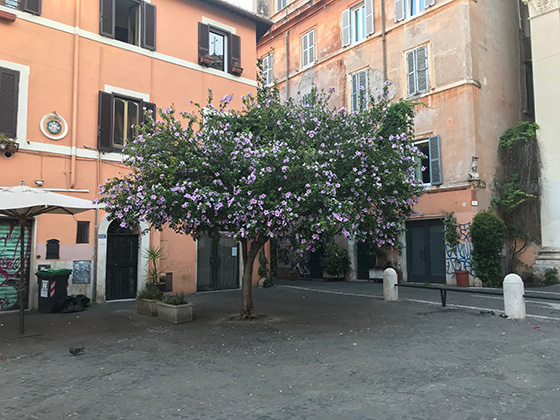 Anyway, my point is that my silence on the music front has been mostly due to perpetual exhaustion, demands from the day job, and the inability to just sit down and listen. It's been impossible to relax, which is to be expected after neglecting responsibilities for an extended period of time. This is the first time I've felt calm enough to type anything not tied to work. I'm looking to reactivate in the weeks ahead.

Sort of on topic, before heading to Italy I wrote a couple-hundred words about an Italian post-punk band called Metro Crowd, who released their second LP Planning through Maple Death Records. In researching the band, I found out about the ROMA EST noise rock scene, which was instigated and perpetuated by groups like Mai Mai Mai, Sect Mark (both bands having members in Metro Crowd), Heroin In Tahiti (whose Casilina Tapes 2010-2017 record I found via Boring Machines last year — highly recommend), and a heavy contingent of seemingly misanthropic noise, electronic, and punk artists.

Before flying out, I purchased a digital compilation from NO=FI Recordings called Borgata Boredom, a thoughtfully curated roster meant to expose potential fans to the ROMA EST scene. The compilation was released in 2011 and offers a comprehensive variety of bands to peruse.

Admittedly late to the party on this music and the scene that it's launched, the presence of this music in connection with Rome offered an interesting slant to the city, and left me with a widened understanding of our surroundings. As it was, the modern artwork that plastered the alleyways in correlation with the city's abundant antiquity left us in a constant state of wonderment. Add an inspired underground to the mix and the evident vibrancy and cultural wellspring of Rome is bestowed layers, all of which need to be identified and peeled back. If only I had had more time to do so.