- December 28, 2019
While I understand the point of submitting these "best of" lists prior to the year's actual expiry, the reality persists that albums continue to emerge up until the last few seconds of the year tick away. That said, I'm hesitant to finalize these lists weeks prior to the New Year. This list has changed multiple times and been submitted and scrutinized in multiple different ways over the last couple of weeks of December.

I think I got it now so, if you're interested, please read on.

As always, if there are any additional suggestions of records or artists I should check out, feel free to comment or get in touch.

Thanks for continuing to read this labor of love and my best to you all for 2020. 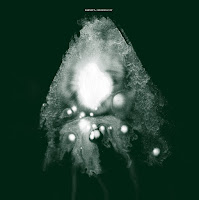 "I’m likely not the first to point this out— after listening to VLF, the latest LP from Barnett+Coloccia, I’m hoping the pair is commissioned to score a film. Purveyors of eerie, Faith Coloccia of Mamiffer and Oakeater’s Alex Barnett’s combination of stirring melody ('Fountain of Youth'), electro-noir ('Confession'), and dread-inductive composition ('Bachelor’s Grove') creates narrative when there is none, a thread of unease that’s taunting and seductive. The sublime tension of 'Rain in Bilbao' seeps into the machinery of 'Green Woman', a compelling and unsettling dichotomy of vocal grace and cold automation. For 'Copperworks' and 'Ill Will', two of the most outwardly musical inclusions in VLF, the latter track seems to repeat some of 'Copperwork'’s tonal stutter, building upon that anchor with intensifying drones and sprawling soundscapes that aim to conquer one another." – transcribed from No Ripcord's QUICK TAKES (FEBRUARY 2019) 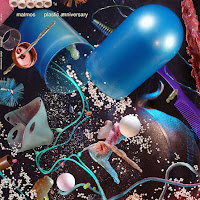 "At the core of "Plastisphere", which sounds legitimately like a field recording from some faraway habitat, is the reality that our world is impacted by the durable items we discard. While Matmos succeeds again in offering gimmickry a level of gravitas—this was the duo who used a washing machine as the sole instrument for 2016’s Ultimate Care II—the reality here is that Plastic Anniversary was built from useless, nonessential items, trash that would otherwise collect and exist simply to build up a waste mountain. This is the lamentation: the wear-and-tear of our natural world; the years and anniversaries we live and celebrate as time moves; our impermanence next to storage pills, riot shields, and breast implants." — 3.25.29 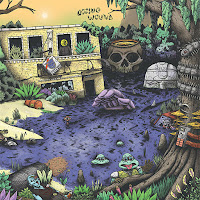 "Is "Surrounded by Fucking Idiots" this year’s National Anthem? Equal parts stabbing humor and enjoyable riff-laden assault make Oozing Wound’s High Anxiety the wonderful thing that it is: 34 minutes of relentless lambaste replete with dense rhythmic irregularity ('Filth Chisel'), the occasional lapse into thrash metal idioms ('Die On Mars'), and viscous Jesus Lizard-level musculature ('Birth of a Flat Earther'). “I’m so sick of Rock N’ Roll!” screams vocalist Zack Weil during 'Tween Shitbag', his declaration an ironic cherry to top the band’s tumbling wall of amplified chaos. Recorded at Steve Albini’s Electrical Audio studio, High Anxiety will encourage your neck to snap, Weil’s over-the-top vocal delivery combined with the band’s refreshing lack of constraint apparently 'too heavy metal' as spoken aloud during the altered soundbyte that follows 'Riding the Universe'. Is Oozing Wound too heavy metal? Or, are they just unwilling to be safely categorized? Perhaps this was an assessment made by 'fucking idiots?'" – transcribed from No Ripcord's QUICK TAKES (MARCH/APRIL 2019) 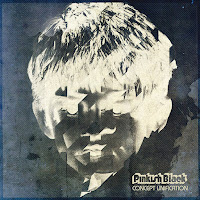 "Pinkish Black’s sound design is evocative of the synthesizer-laden terror that granted serial killers and ghouls a thematic identity in the 70s and 80, utilizing the electro-modeled score that already owes itself to macabre things and pushing the aural depths and motion of doom metal into their undulating and tonal environs. In doing so, the group (vocalist & keys/synthesizer player Daron Beck and drummer Jon Teague) offer the doom subgenre some respite from its usual onslaught of deep, droning guitars and guttural, throaty vocals a la Primitive Man, Usnea, or even Sleep. Following the duo’s 2015 release Bottom of the Morning, Pinkish Black’s Concept Unification takes their concept further, injecting the record with a compelling boost of melancholy ('Until'), dread-inducing patience ('Dial Tone'), and machined dystopia ('Inanimatronic'). The excellent 'Next Solution', the album’s 12-minute closer, begins like a suicide note set to Hunky Dory-era David Bowie, its grim opening stanzas sung to piano music with Beck’s brooding register. A radiating bass riff and Teague’s metronomic kick drum shift the song into motion and lead the track into an aggressive and ethereally-charged jam replete with electronic melodies and snare fills before collapsing back into its initial gloom." – transcribed from No Ripcord's QUICK TAKES (JUNE 2019) 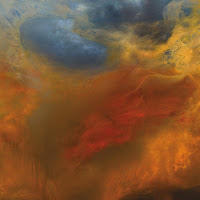 "Whether his intention or not, Steve Albini (Big Black, Shellac, Electrical Audio) tends to reveal some level of dimension from the artists he records. As the distinct and pummeling tonal crawl conjured by Sunn O)))’s Stephen O’Malley and Greg Anderson has provided enough of a versatile device to span multiple LPs, Albini’s involvement with the group’s latest release, Life Metal (and its subsequent companion piece, Pyroclasts), has helped shape it into something gratifyingly warm and blissfully immersive. Built out with additional players and instruments, O’Malley and Anderson—having already navigated the tonal depths of perceived despair with albums like Black One—seem to relish in the glory of their sonics with the steady and lasting blaze of "Between Sleipnir's Breaths" (two pieces of 15th-century poetry performed by musician Hildur Guðnadóttir) and the subliminal victory of "Troubled Air". Listening to the 19-minutes of "Aurora", a bass tone and harmonizing vocal heard clearly during O’Malley and Anderson’s reverberating downstrokes, the clarity of sound is exquisite." — transcribed from No Ripcord's 50 BEST ALBUMS OF 2019 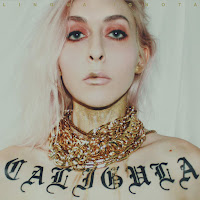 "Being art as a device for (Kristin) Hayter’s personal exorcism, Caligula captures a fascinating duality built from rage and melancholia. While experience has informed this piece, Hayter’s talent has made it possible, enabling her to shriek throughout the length of the requiem-esque “Butcher of the World” and the doom-laden strut of “Day of Tears and Mourning” while offering some melodic respite with tracks like “May Failure Be Your Noose” and the minimalist piano ballads “Fragrant Is My Many Flowered Crown” and “Sorrow Sorrow Sorrow.” It’s a varied listen, moments of grace and vulnerability agreeing with its uglier, more threatening selections." –  transcribed from The Key's 20 Albums You Shouldn’t Overlook in 2019

26). clipping. – There Existed an Addition to Blood (Sub Pop)

Sincerely,
Letters From A Tapehead
best of