While mostly resistant to the "playlist," I'm also aware that singles are consumed this way and that mixes, though crafted and superior in every way, are a thing of the past. This is partly because I no longer curate and develop a year end mix. Inasmuch as I enjoyed making them for friends and family for many years, and disclosing details for reader enjoyment, it's expensive and impractical.

So, I'm buying in and I've rethought the "New Selections" tag for single entries. Enjoy some new tunes and be sure and give a look to my expanding 2020 playlist on Apple Music, the simply titled 2020 Playlist, because playlists require no thought, cohesion, or imagination. But, at least the music's good.

Sightless Pit brings together three of the most ambitious and prolific minds in heavy music today. The trio, comprised of Lee Buford of The Body, Kristin Hayter of Lingua Ignota and Dylan Walker of Full of Hell, have announced the release of their debut album Grave of a Dog, due out 21 February on Thrill Jockey Records. First single "Kingscorpse" perfectly captures both the breadth and clarity of the trio's vision, twisting through operatic vocals, pummeling jackhammer rhythms and vaporous electronics.

On Grave of a Dog, the trio of Buford, Hayter and Walker combine their profound talents and eclectic tastes to make music that is defiantly original and emotionally sublime. Their debut album was crafted without any clear rules or guidelines beyond their desire to work with one another. The central pillar to what coheres the three into a unified voice throughout the album is a shared bleak vision of existence and a willingness to follow each other into bold new territory. Over the course of the eight tracks, the trio reflect the extremes and emotional weight of their world view through elegiac dirges, driving beats, explosive crescendos. Together, three strong voices unite to create a work of remarkable clarity of expression of enormous sorrow, futility and most of all, beauty.

SIX ORGANS OF ADMITTANCE DRIFTS INTO THE "HAUNTED AND KNOWN"

At last, an astonishing new creature from the Six Organs sound-lab is ambulatory, and upon us. On Companion Rises, Ben Chasny mixes synths and digital processing techniques with spacey guitar folk to lift his signature song-craft further out, while bringing it strangely full circle at the same time. Exquisitely arrayed and rich with harmonic exploration, the album presents a handful of cosmic folk-tales whose theme can best be stated as "Stellar-Gnostic."

With "Haunted and Known", the second single from the forthcoming Companion Rises, Ben's darkly ominous acoustic riff is wound with elegantly resonating synth and electric guitar tones, unwinding seductively before becoming engulfed by the static drift of granular synthesizer. A deep ballad to begin with, "Haunted and Known" is floated into a liquid world of non-linear waves, representing in microcosm the sonic spectre described by Kristen Gallerneaux in her "literary mixtape" High Static, Dead Lines.

With heightened perceptions, "Haunted and Known", along with the rest of Companion Rises, demonstrates sci-folk at the right time for the terrifying new decade. Prick up your ears and give a listen, the new album awaits you.
Six Organs of Admittance Online:
Drag City- http://www.dragcity.com/artists/six-organs-of-admittance
Pre Order-https://www.dragcity.com/products/companion-rises
Stream "Two Forms Moving"-https://ffm.to/companionrises
Official Site- http://www.sixorgans.com/

Mr Elevator, project of Oh Sees' Tomas Dolas, released the third single, "Waiting" off of their upcoming LP, Goodbye, Blue Sky. The single premiered with The FADER and included an exclusive quote from Tomas Dolas.

"The video came from a dream I had one morning after mixing 'Waiting' the night before, I tried to find someone who could recreate it, but wasn’t having any luck. I brought it up to my friend Jonny who plays bass with us, and he mentioned a friend he had who did visuals and video work and put me in touch with Marty Tzonev.

We all met up at one of my favorite spots, a Mexican restaurant next to my studio in Cypress Park (called Lupita’s) and talked it over and I told Marty about the dream of this guy running endlessly towards the horizon but in the style of an old SNES racing game where the road keeps turning and the mountains are in the background and eventually this shadow-y apocalypse beast-monster-creature of wires emerges towering from the mountains and the man keeps running and running and so on and the world slowly keeps falling apart to the point of his eminent death of falling into a void and a few months later he sent a pretty much identical video of that dream. It was impressive! And a total trip to watch again."

Mr. Elevator will be performing an album release show at LA's The Echo on January 16th. The show includes performances by Automatic and LA Takedown. Tickets are $10 advance and $12 day of show. More show information is available here.

With a new line up and taking a further leap into the myriad world of fuzzy guitar-less synth dreamscapes, comes their third full length release Goodbye, Blue Sky out via Castleface Records January 17th, 2020.

John Dwyer writes of the upcoming release: "The drum clock is docking and the night tide washes up synthesized environments woozy and recorded perfectly, in my humble opinion, Mr Elevator has risen and ascended and risen again top floor time and space, he hath bended and brain cells have been rent and spent on the wing aloft and buoyant a perfect rapid eye movement enhancer and Neuromancer.

A capsule garden soundtrack a killer live band Leslie spinning a yarn through the melodious afternoon now its twilight all is well. The most overweight bass sounds abound the crystalline organs blanket breaks and backs the whip crack of the snare is your guide here its pretty fried and boundless in its approach. For fans of Tangerine Dream, Air, Donovan (think the “Hurdy Gurdy Man” LP) The Troggs, Irmin Schmidt, Egg, Stereolab, and even early Mute records."

Today WIRE have shared the second single from their new album, Mind Hive, which is set for release on January 24th 2020 via the band’s own label pinkflag.

Following the first glimpse of Mind Hive, “Cactused”, new single "Primed And Ready" rides out on a tightly pulsing synth sequence punctuated by icy slivers of guitar. This is Wire at their most compressed yet propulsive.

"The lyric/text for this song could be read as a series of questions, set in 2017" comments the band's Graham Lewis. "Who could have known the answers would be, in no particular order…Liverpool FC, me, Boris the Spider, 67, Lieutenant Colonel."

Colin Newman adds: “Primed & Ready” was the easiest song to write on the album, written in less time than it takes to play it. There’s nothing remotely “clever” about the chord sequence / structure and there’s only three chords, 2 in the verse & 1 in the chorus. As in all things Wire “less is more”.

Since their inception WIRE have maintained a reputation for creating music that stretches the rock form whilst simultaneously editing it down to its essence. With their gift for crafting songs that perfectly balance experimentation and accessibility, WIRE were recently hailed by the Quietus as “one of the most consistent British bands of all time”. Yet WIRE exhibit little inclination to look back or trade on past glories, rather they remain resolutely focused on producing music which is smart, vital and defiantly modern.

Mind Hive is the group’s first newly recorded material since 2017’s stellar Silver/Lead. That album garnered rave reviews (“Some of the best tunes they’ve done” – The Guardian) and career best sales. Yet, if Silver/Lead set the bar pretty high, Mind Hive seems to have no problem vaulting over it – a supremely confident album featuring some of the band’s most upbeat moments of recent years.

WIRE’s back catalogue is of course studded with influential epoch defining works. Last year saw the reissue of their ground-breaking first three albums: Pink Flag, Chairs Missing and 154. These were voted amongst the top reissues of the year (Rolling Stone at no.10, Uncut at no.12 and Select at no.3). And now Mind Hive arrives at a time when WIRE are being cited as an influence by yet another generation of bands. They are also the subjects of a career spanning feature documentary called People in a Film due for release late 2020 (details here).

Quite how a group that has been operating for such a long period is still able to produce such exciting and essential work is difficult to understand. And yet here we are; Mind Hive is the most masterful 35 minutes of post-punk you will hear this year.

Mind Hive will be released on January 24th 2020 via pinkflag. 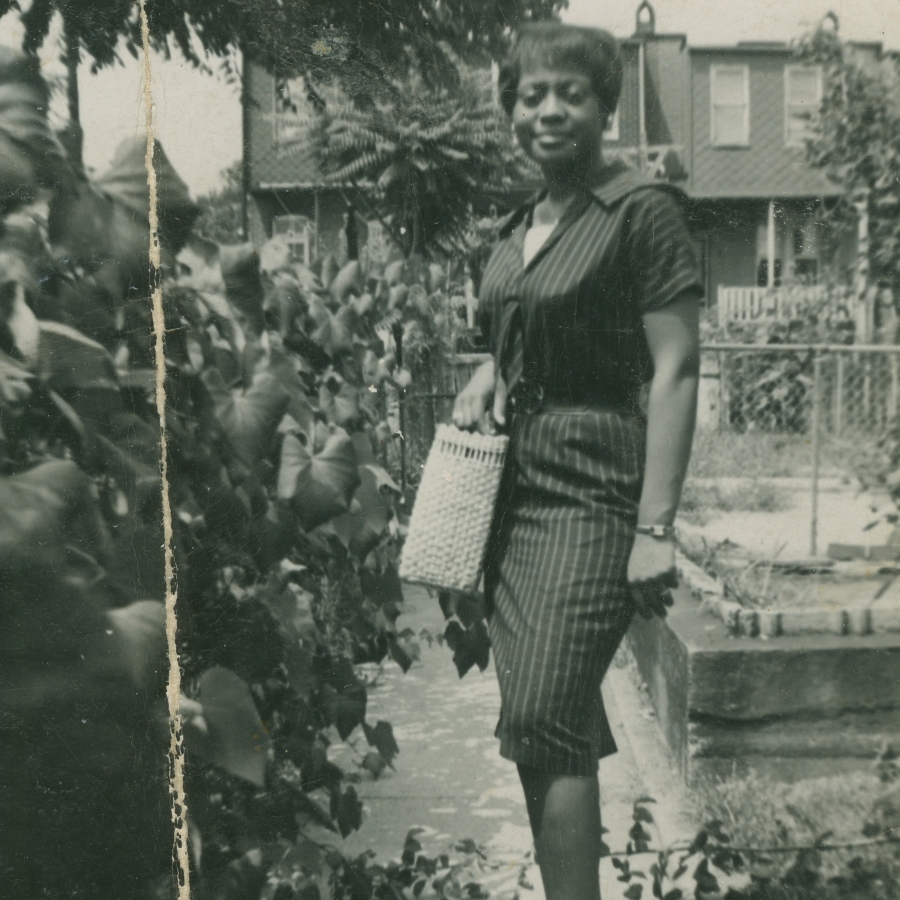 Composer and multi-instrumentalist Jeff Parker’s Suite for Max Brown will be released on January 24, 2020 via a newly formed partnership between International Anthem and Nonesuch Records. The album, named for and dedicated to Parker’s mother, features nine original songs as well as “Gnarciss,” an interpretation of Joe Henderson’s “Black Narcissus,” and John Coltrane’s “After the Rain.” Parker plays the majority of the instruments on the record and also engineered most it at home or during his 2018 Headlands Center residency in Sausalito, CA. The album track “Go Away” debuted today and can be heard here; a previously released video for “Max Brown” can be seen here. Parker performs at this year’s Big Ears Festival in Knoxville, TN on March 27, as well as spring dates in Los Angeles, Chicago, and New York, among others; the full schedule is below.

The album follow’s Parker’s critically praised 2016 record The New Breed, which, as the composer says, “became a kind of tribute to my father who he passed away while I was making the album. It’s named for a clothing store he owned when I was a kid. I thought it would be nice this time to dedicate something to my mom while she’s still here to see it. Maxine Brown is her maiden name and everybody calls her Max. The picture on the cover is her when she was nineteen.”

Parker says of his new album, “I used to deejay a lot when I lived in Chicago. I was spinning records one night and for about ten minutes I was able to perfectly synch up a Nobukazu Takemura record with the first movement of John Coltrane’s A Love Supreme and it had this free jazz, abstract jazz thing going on with a sequenced beat underneath. It sounded so good. That’s what I’m trying to do with Suite for Max Brown. It’s got a sequenced beat and there are musicians improvising on top or beneath the sequenced drum pattern. That’s what I was going for. Man vs. machine.

“It’s a lot of experimenting, a lot of trial and error,” he admits. “I like to pursue situations that take me outside myself, where the things I come up with are things I didn’t really know I could do. I always look at this process as patchwork quilting. You take this stuff and stitch it together until a tapestry forms.”

Parker is known to many fans as the longtime guitarist for the Chicago–based quintet Tortoise, one of the most critically revered, sonically adventurous groups to emerge from the American indie scene of the early 1990s. The band’s often hypnotic, largely instrumental sound draws freely from rock, jazz, electronic, and avant-garde music, and it has garnered a large following over the course of nearly thirty years. Aside from recording and touring with Tortoise, Parker has worked as a side man with many jazz greats, including Nonesuch labelmate Joshua Redman on his 2005 Momentum album; as a studio collaborator with other composer-musicians, including Brian Blade, Meshell Ndegeocello, and fellow International Anthem artists Makaya McCraven and Rob Mazurek; and as a solo artist.