Califone released a video for the single "Frosted Tips," a new track culled from their recently released album, Stitches.  The song has a jubilant tone to it despite the fact that the line "watching the new world die" is its most discernible lyric, icy guitar strums and tom-driven percussion flank occasional horn blasts and string sections.  There's a glory to it somehow.  The video depicts the tenants of an apartment building in all their various states of living, either celebrating, struggling, playing, contemplating, enjoying their time or having sex (that last bit makes the video unsuitable for the cubicle, by the way).  You can watch the video below.

Also, here's a review of Califone's 2009 release, All My Friends Are Funeral Singers.

All info is courtesy of Dead Oceans. 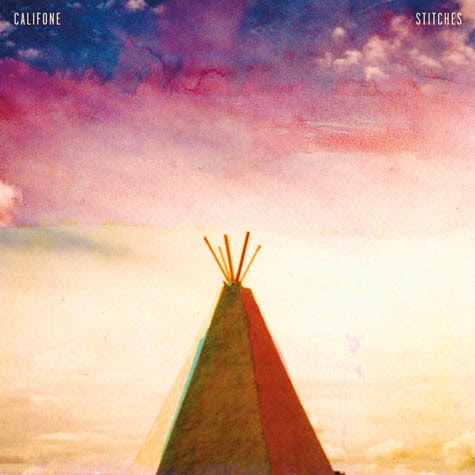 Califone has shared a new video for their single, "Frosted Tips" today with SPIN. Directed by Jared Varava, the video peers into the private lives of a single apartment building's denizens. Celebration, birth, sex, death, and lust all find their way into these windows.

Varava says, "I first heard Califone ages ago, back when I was in college and my brain was still spongy enough to process copious amounts of music. Over a decade after that, I cold called this guy Tim Rutili to ask if he'd be interested in scoring a short film I made. He agreed, proceeded to compose one of the most beautiful ditties I've ever heard, and I've been vastly in his debt ever since. This video is my modest way of contributing to that giant karma machine and impressing the pants off the starry-eyed, college-aged me."

"Stitches as an album tackles some big ideas, and it seemed necessary to emulate that bigness cinematically. Travis Button, Josh Inch, and Alexandre Naufel all brought their otherworldly talents to realize this sense of scale. Also, that girl dancing with the dog is really pretty, don't you think?"

Stitches is out now on Dead Oceans. Anchored by Rutili, the disc threads together a flock of musicians from different times and places, sounds he recorded in his backyard and while driving his car, gritty electronics, eerie keyboards, garage sale drum machines. All these disparate parts are sewn together at their adjoining borders to create something that sounds wholly new.

Califone will be on tour in Europe through November and December. In 2014, Califone will tour North America for the months of January and part of February. A full set of dates is listed below.