- December 27, 2014
I know December hasn't been my most active month, but circumstances unfortunately didn't permit me to generate content with any regularity.  That being said, if you're reading this, thanks for hanging in there.

To sum up 2014, I know I didn't hear ALL of the best albums the year had to offer.  I missed out on Syro, which was Aphex Twin's first album since 2001's Drukqs, Thee Silver Mt. Zion Memorial Orchestra's Fuck Off Get Free We Pour Light on Everything, ...And Then You Shoot Your Cousin by The Roots, the return of Cibo Matto, Ex Hex, Young Fathers, Helms Alee, Wasted Years by OFF!, Opeth's Pale Communion, Flying Lotus, the new Death From Above 1979 album and then I somehow completely neglected Mastodon's Once More 'Round the Sun.

And then there were albums that I just couldn't get excited about: Sun Kil Moon's Benji, the newest Ariel Pink album, Beck's Morning Phase, Damon Albarn's Everyday Robots, Jack White's Lazaretto and TV on the Radio's Seeds.  I didn't even know The Horrors released a new album this year.  This means maybe I need to make more of a concerted effort to absorb the bigger albums that next year will have to offer but, all that being said, I did hear and review some great stuff this year.  And, of course, the list is ready to view.  Peruse and feel free to comment with suggestions, opinions or recommendations.  Or, just get in touch.

Hope you all had a great 2014 and thanks, as always, for reading. 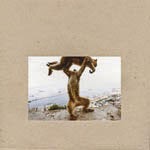 "With Dude Incredible, the band’s fifth LP, Shellac delivers a very spare and assaultive listen, 33 minutes that fly by and demand repeated listens as a result. I’ve dropped the needle on this album maybe six of seven times since it arrived on my doorstep and given the unbranded CD that was included a spin or two on the road. There’s no fat to cut. No embellishments or distractions. It’s all tempo, rhythmic irregularities and jagged melodies. And, it gets the job done." — 9.25.14 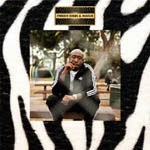 "One of the more interesting collaborations of the year, the gruff Freddie Gibbs and artful hip hop maestro Madlib delivered on the promises made from a few EPs and put out their full-length effort, Piñata. Three years in the making, Gibbs’ vulgarity-laden mea culpa is treated with Madlib’s soul-attentive stylistic collages, a humanizing touch that grants Piñata the benefit of being more than a mere crime saga. Though flush with guest features (Raekwon, Danny Brown, Earl Sweatshirt…etc.), Gibbs manages to keep the spotlight, detailing heartache ("Deeper"), drug use ("Higher") and indigence ("Shitsville") with an honesty that’s both difficult to take and impossible to ignore. The standout Thuggin’ may easily have come across cliché were it not for Madlib’s ornate treatment. " — (transcribed from No Ripcord's Top 50 Albums of 2014 — Part 1) 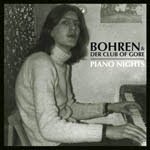 "While Black Earth remains a peak in the band's output, Bohren's latest album, Piano Nights, strives to surpass its excellence, though in a manner less bleak. While fiddling with a grand piano, saxophonist Christoph Clöser became inspired and began to create an album compositionally based around the instrument. However, as Bohren remains fascinated with space and the limitless anti-joy of low volume, any presence of something as high-scale as a grand piano would likely swallow all other instruments in its path. The solution was to utilize a Yamaha electric, maintaining signature loyalty.  And they do maintain that loyalty." — 5.2.14 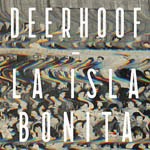 "So, I heard a song I REALLY like that I want to talk about.  Something Daddy was playing in his car on the way home from school.  It's a song by Deerhoof called 'Big House Waltz.'" — Daughter of a Tapehead, 11.19.14 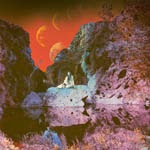 "Between Angels Of Darkness, Demons Of Light I and II, I found myself both enchanted by and invested in Earth's instrumental vision, Dylan Carlson's lengthy, guitar-enriched, country-infused drones a voyage of sorts, dirt-encrusted and vast. For Earth's newest release, Primitive and Deadly, Carlson invited vocalists Mark Lanegan (Screaming Trees, Queens of the Stone Age) and Rabia Shaheen Qazi (Rose Windows) to contribute voices, adding a new layer to his ultra-slow movements, which, for this release, gain some momentum and a touch more grit." — 11.5.14 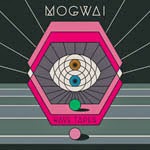 "While Rave Tapes has a tendency to play like Tangerine Dream or Kraftwerk addressing a day in the life of Tron, Mogwai’s emotional core is still as apparent as usual, their post-rock glory seeping into their otherwise electrified work with traditional instrumentation.." — 1.21.14 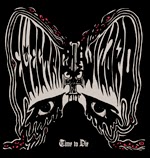 "Following 2010's Black Masses, which didn't necessarily earn the band a whole lot as far as praise is concerned, (because it wasn't very good), Time To Die is what some might call a return to form, itself a fully-realized, muck laden and serrated doom proper. Listening to Time to Die you get the sense that Electric Wizard (members Jus Oborn, Count Orlof, Liz Buckingham and Mark Greening) thought about what they were pulling together for this album, keeping their obvious allegiance to amplification and darkness but not shying away from the occasional melody or change." — 11.5.14 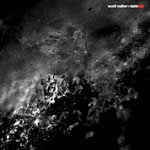 "While Sunn O)))’s presence obviously informs much of what you’ll hear sonically, (Scott) Walker has provided the base, and his longtime creative partnership with musical director Mark Warman and producer Peter Walsh impacts how his compositions are arranged. Consequently, Soused sounds like a musical progression for Walker in some ways, more of a follow up to his 2012 LP, Bish Bosch, albeit infused with metallic drones, than a purely collaborative venture." — 10.28.14 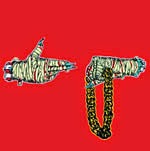 7). Run The Jewels – Run the Jewels 2
"In late July, a single called 'Blockbuster Night Part 1' was released by Run the Jewels, a rap duo comprised of Atlanta MC Killer Mike and Brooklyn producer/rapper El-P. In it Killer Mike states confidently, 'Last album voodoo/Proved that we was fuckin’ brutal…' and with that has followed the success of the pair’s new LP, Run the Jewels 2. A sequel to the group’s self-titled debut, RTJ2 did exactly what it was supposed to, building upon the strengths of the former and refining the mix, producing singles as strong as 'Oh My Darling, Don’t Cry' and 'Close Your Eyes (And Count to Fuck)' while addressing situational heartache through the narrative 'Crown.' RTJ has been a fruitful venture to say the least.." — (transcribed from No Ripcord's Top 50 Albums of 2014 — Part 2) 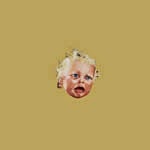 "'A Little God In My Hands' is proof positive that anxiety can be almost goofy, the excesses in repetition and gleeful intensity both engrossing and over-the-top. When those horns blast it's elating, but so unnecessarily epic the effect is somewhat parodic.

But, this is the essence of To Be Kind, its basic inclination is to first crawl, then walk, then run and then attempt flight by leaping off the tallest precipice so as to make the loudest, most destructive and unforgettable impression. And, once Swans have your attention, they come at you with the thirty-plus minutes of 'Bring The Sun/Toussaint L'Ouverture,' which begins with a series of stomping chords and mutates into various instances of impassioned crescendos and heightened tension. Oh, and there's a horse." — 8.7.14 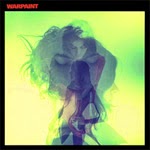 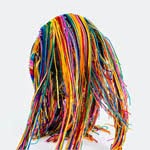 "Tangled wads of multi-colored thickly gauged yarn have been strewn across every promotional opportunity enjoyed by Liars’ latest album, Mess, a vibrant medium that’s worked in tandem with the album’s electro-pop’d propulsions. Since moving to Los Angeles the NYC art punk mutations Liars had cultivated have been largely abandoned, surrealist West Coast glam’d synthetics inspiring new means of re-fracturing their already abstract outlook. If 2012’s WIXIW documented a relatively familiar, albeit shaky, transition into electronic music from the guitar-riddled fringe, a tradition exercised by more than a couple punk-to-new wave acts in the past, Mess confirms that the band is finally comfortable, faraway from the deranged fantasies Los Angeles had inspired for 2010’s Sisterworld. " — 3.24.14 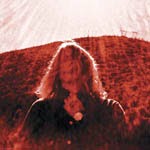 
"(Ty) Segall, though, being more of a lo-fi psych rocker, continues to hold onto the colorful, acid-soaked disposition of the 1960s despite some fascination with distortion-induced anti-clarity. Granted, much of what you’ll hear on Manipulator, which is Segall’s ninetieth release from one of the thousands of bands he’s helmed over his three months in circulation (and, yes, that’s a joke), pulls from the proto-punk seeds sown by The Count Five, ? & the Mysterians, Paul Revere and the Raiders, and The Stooges. It’s evident that Segall knows how to nurture and harvest those points of reference into something distinctly his and, despite his significant productivity, the well has yet to run dry. This is one very remarkable aspect ofSegall, that he’s releasing albums at a rapid pace that are consistently good. Quality vs. quantity hasn’t become an issue with his work yet, though Manipulator, his newest album, apparently represents a period of refinement in Segall’s expanding discography." – 8.27.14 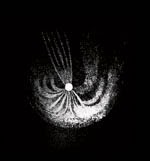 "Blood Bright Star is the work of Reuben Sawyer, a visual artist who apparently has a thing for darkly shaped hypnotic motion. Sawyer's newest LP, The Silver Head, is rich with bass-driven loops and floating guitar textures, sort of a Bauhaus/Joy Division bleakness met with the propulsive and lengthily composed nature of Neu!. He refers to this as 'Death Motorik,' and this categorization makes perfect sense." – 9.29.14 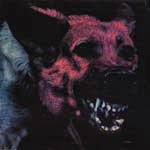 1). Protomartyr – Under Color of Official Right

"Minimalist and groove-oriented arrangements that owe some debt to post-punk mainstays like The Pop Group and The Fall, vocalist Joe Casey delivering his observances ('Judge Mathis would never stand for it') in half-sung pronunciations like a midwestern Mark E. Smith, Protomartyr build upon the influences of their very own Detriot rock city and cultivate an excellent blend of art rock and garage punk that's either high-tempo and straightforward ('Pagans,' 'Son of Dis') or oddly shaped and imbalanced ('Tarpeian Rock,' 'Scum, Rise!,' 'Come & See'). What I find fascinating about Protomartyr is that they make a strong case for being strange and accessible, neither disowning their natural penchant for grit and volume or throwing themselves into a full-on frenzy of mashed notes and ear fucks. There's nothing grating or alienating about this album, but you're also not going to find any easy sell. " – 7.16.14

And, because I always want to give as much credit as I possibly can, here are my follow ups:
16). Cold Specks – Neuroplasticity