- December 30, 2012
I guess the year end question for the musical connoisseur remains: "Was it a good year for music?"  I didn't think it was a bad year for music.  Certainly, though I admit to a level of avoidance and disconnection in some ways to much of what was talked about in the mainstream this year, R&B found some validation through Frank Ocean and hip-hop actually became interesting again with Killer Mike, El-P and Kendrick Lamar.  I was personally thrilled with how guitar-oriented indie rock managed to get this year with Pop. 1280, METZ, Ty Segall Band and The Men and I also heard some excellent albums from High On Fire, Ufomammut and Neurosis.  But, I'd like not to give away the punch line before I've had time to set up the actual joke, so check out my Top 15.

As always, thanks for continuing to read Letters From A Tapehead.  I hope that I was able to turn you on to some new sounds in 2012. 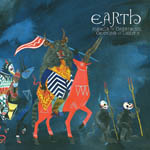 "I felt that Earth’s AODDOL I was an immersive slice of epic-centric Americana, a dirt encrusted soundscape of loner proportions that told a million stories without artificial country-bred bravado or folk hero self-importance. It was as natural as a sunrise, its repetition and length almost a means for meditation. Dylan Carlson’s second act follows the same mood and swings the same axe, though you do wind up with a more exploratory variation on the theme." — 1.19.12 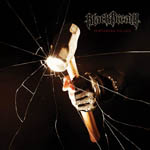 "Their follow-up, Sentenced To Life, continues Black Breath’s progenitor-laden homage down to its sledgehammer-through-shattered-glass album cover, reconsidering not only the imagery tied to metal’s roots, but its legacy as well. To hear backwards rotations opening the album’s initial track, “Feast of the Damned,” you’re not only treated to metal’s rep as an Evangelically charged device of Satan’s testimony, but to an agenda that laughs in the face of hiding its message. Why not flaunt its Swaggart-taunting Devil lust? And why not be as quick and unbridled as possible?" — 3.1.12 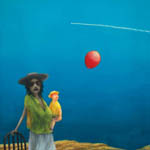 "Following the creative disagreements that arose during the making of their 2010 album Mines, previous member Brent Knopf decided he wanted to do something else and took his leave from the group. (Danny) Seim and (Justin) Harris decided to keep Menomena going as a duo and the results of this new dynamic are shaped and cathartically articulated in the dysfunctional recesses of their new album, Moms. Continuing to work in their cut-paste methodology and loop-based songwriting, Menomena molds a well-constructed and cerebral pop formula into a confessional of sorts that reveals many levels of insecurity." — 11.7.12

An unbridled, aggressive and fully realized creation, High On Fire's De Vermis Mysteriis is probably the strongest addition to the band's canon since their debut album, The Art of Self-Defense (which had been reissued in 2012 by Southern Lord).  Regaining some of the intensity and sludge that they'd lost with 2010's Snakes for the Divine, High On Fire delivers a solid sequence of songs, ("Bloody Knuckles" and "Madness of an Architect" are notably perfect), and Matt Pike's onslaught of riff and meticulous fret play carries violent conviction.  Their single, "Fertile Green," inspired one of the year's best videos. 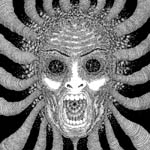 If you're like me, you may have heard the opening screech of feedback and subsequent rattle of guitar strings that opened "I Bought My Eyes" and perked up, lost all cynicism and experienced an immediate onset of hope for 2013, that guitars would once again become en vogue, that rebellion would once more become part of the equation and that amplifiers would be once again dipped in mud and allowed to revel in their lack of clarity.  Slaughterhouse by Ty Segall Band was the garage rock release of the year that did it right: a blues-driven sonic experience that hearkened back before The White Stripes turned the vintage motif into mainstream fodder for millennial bands to mimic till it meant nothing.  "Tell Me What's Inside Your Heart" with its high tempo charge and "Wave Goodbye" with its somber low end and muddy strut really caught my attention in 2012, and became one of many guitar-oriented albums that I will continue to hold near and dear. 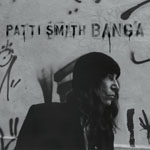 For the purposes of challenging rock royalty so as never be accused of blind or automatic loyalty, Patti Smith's Banga was approached with some scrutiny and suspicion on my part, the simple matter of being essential to rock music's evolution not a consideration.  In music, no one is infallible, though some do come close.  In Smith's case, she ages gracefully with Banga, her continuing partnership with Lenny Kaye and Jay Dee Daugherty still productive and more than capable of complimenting her trademark lyrical wit.  She remains poetic and wordy ("Tarkovsky (The Second Stop Is Jupiter)") and doesn't necessarily evade every pretentious tendency ("Constantine's Dream"), but the album itself is beautifully rendered, the performances very rich.  "Mosaic" is one of my favorite songs of the year, a truly genuine moment that commands my attention with every listen. 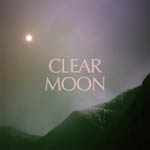 "As it is, (Phil) Elverum’s utilization of metallic and avant-garde elements into what might otherwise be considered a folk album demonstrates a songwriter unlimited by genre and also turned on by creative possibility." — 5.25.12

The rumbling drums of "Headache" that introduces METZ's self-titled ode to pigfuck-informed Alterna-rock launches a maelstrom of distorted vitriol that trucks in a way so few albums from newer bands do.  I was particularly drawn to the seasick wave of undulating low end that rests beneath the abrasive guitar sounds of "Rats" and the restless back and forth stomp of "Wasted."  With METZ, Sub Pop seemed to reclaim some of the sound that had so defined the label more than twenty years ago. 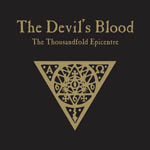 7).  The Devil’s Blood – The Thousandfold Epicentre

"Though no real progressive complexities exist, harmony is king; orchestrated rock music that finds clear connection between (The Devil's Blood)’s occultist disposition, the psych-infused expanses of Jefferson Airplane or Hawkwind and the melodious guitar coupling of Judas Priest." — 1.17.12 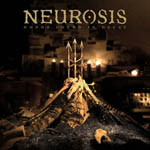 "Not lacking in (Neurosis') familiar sonic heights, or scrimping on their somber and obsidian tones, Honor Found In Decay’s oversized blues jams scrape and crawl, trudge and pace. Blues-borne drones wallow in the largeness they generate, isolated wisps that find despairing resonance around the brawn presented up front." — 10.27.12 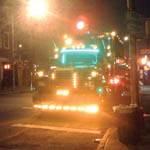 "With Breakup Song, Deerhoof’s twelfth release, the band merged their understanding of dance pop with their very unique sense of song arrangement and keen attention to groove.  Upon first listen, I wondered if Deerhoof had spent the last year studying the Dust Brothers.  With what may well be the most realized and successful Deerhoof album since 2007’s Friend Opportunity, Breakup Song casts aside the banality of rump shakin’ club fodder, experimenting with beat transitions ("Breakup Songs"), tempo ("Bad Kids to the Front") and the simultaneous acknowledgment and alteration of form ("To Fly or Not to Fly," "The Trouble with Candyhands").  "Mothball the Fleet" and "Flower" are two of my favorite songs to come out this year, art pop too sincere to simply qualify as pretentious." — (transcribed from No Ripcord's Top 50 Albums of 2012 — Part 1) 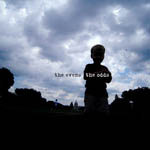 "I was beginning to believe that the “indefinite hiatus” explanation applied to Fugazi’s absence may have been extended to The Evens, the post-hardcore equivalent folk-core band comprised of D.I.Y. punk pioneer Ian MacKaye and his wife, drummer Amy Farina.  Thankfully, MacKaye and Farina have returned with The Odds, another stripped down and (mostly) minimalist art rock record humorously dressed up with a play on the band’s name." – 11.28.12 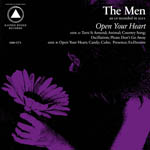 "As babyboomer hippie rock has for years fellated itself in the face of all that’s come afterward, especially the movement of 80s independent rock and 90s alternative music, The Men’s inventive blend of the MC5, Roky Erickson, Paul Westerberg and Sonic Youth levels the impact, putting something like Kick Out The Jams in the same league as The Replacements’ Let It Be, legitimizing rock’s evolution in terms of its milestones and not in terms of its age. " – 3.7.12 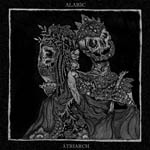 "Alaric, in particular, is damn near post-punk, the band’s delivery allegiant to the likes of Joy Division or Bauhaus, if you could imagine either band being interpreted by Saint Vitus or even Flipper.  Atriarch, their guitar solos cold and remarkably isolated or distant, carry an air of foreboding doom, their sound comprised of shrieking black metal and steady drones.  The song selections are perfect for this type of release, demonstrative of what each band has to offer while unified in the effort’s presentation." – 4.11.12 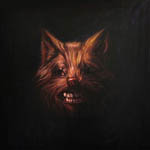 "Listening to The Seer, it does sound dangerously absolute, its surrealistic intensity, abstruse composition and overt theatricality securing for the band a creative peak, one considerable enough to leave little left for any subsequent releases.  How does one carry on when the mountain’s been scaled, when the view’s been absorbed and considered?  There seems to be so much more distance left to tackle, but how do you reach the sky?" – 9.4.12